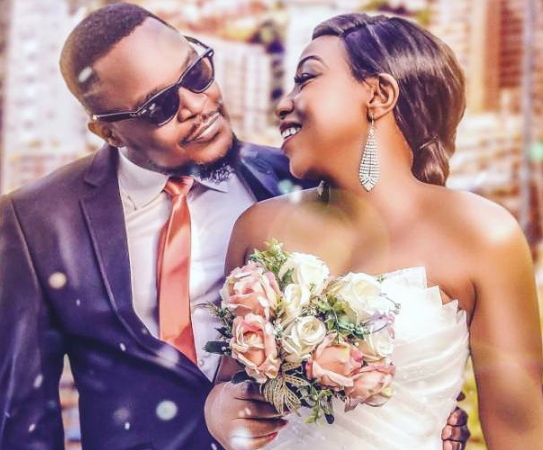 The Blindspot, a romance movie featuring Rita Dominic and her ex-boyfriend, Femi Jacobs is now showing in cinemas near you.

“It is a thrilling story concerning a young lady who got married to the love of her life. They were never able to consummate their marriage due to the fact that her husband had an issue which they thought was medical.

They had been to several hospitals to seek professional help to no avail. But they were true to each other. She faces all kinds of shame and embarrassment from friends and colleagues who thought she was infertile due to her childlessness after five years of marriage. But she kept her husband’s secret to herself.

At a point, frustration sets in and she decided she needed sometime to herself to think about what to do next. She moved to her maternal grandmother’s (who is a widow) house far away from her husband.

Her stay with her grandmother was the turning point in her story, as she found out the problem lies with her and not her husband. Her mother was a victim of rape and died during child bearing. Her grandmother did a protective spell to protect her from falling victim to same situation that happened to her mother.

Finally, the spell is broken but a shocker awaits her at her matrimonial home. The story is filled with passion, intrigues, suspense, lessons and betrayal.”