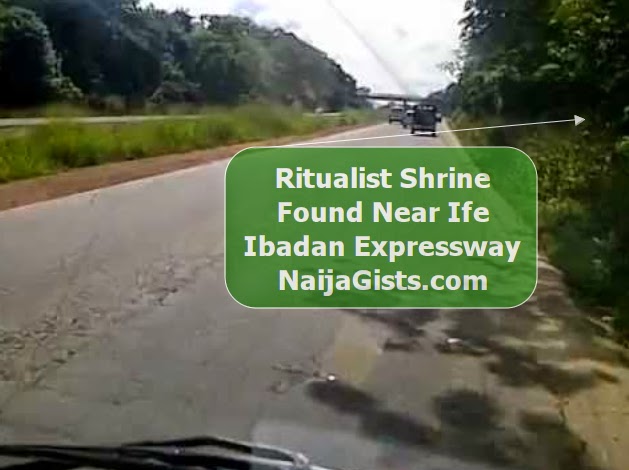 ….Private Parts, Limbs Were All Cut Off

Unidentified persons suspected to be ritualists in the early hours of yesterday dumped two unidentified mutilated bodies on Ife/Ibadan Expressway.

The incident, which would be the second reported case of suspected ritual killing in Osun State in the last five days has been generating confusion and panic among many residents of the state.

A corpse of an unidentified lady was earlier in the week found inside an uncompleted building in Magaji Area of Iwo, the headquarters of Iwo Local Government Area of the state.

Daily Sun was reliably informed that the bodies must have been dumped by two different vehicles coming from Ibadan, towards Ife before day break.

“From our observations, the same parts were missing in both bodies. Heads, private parts and their limbs were all cut off. We only met the torsos. We could not also determine the sexes of the bodies because unsuspecting vehicles had smashed them possibly because it was still dark when they were dumped.”

Another resident of Wasinmi, who preferred anonymity, urged security agents to intensify surveillance on the area, stressing that cases of ritual killings are usually on the increase during end of the year and election period.

According to him, ritualists, especially those involved in picking unsuspecting passengers on the road may have set up camps in the forest around the expressway. He, therefore, called on the police to ensure all-day-round monitoring of activities on and around the road to put an end to activities of ritualists in the area.

Efforts to get police’s reaction to the incident were unsuccessful as the state’s Police Public Relations Officer (PPRO), Folasade Odoro, could not be reached for comment, as she was outside the state on official duty.

Continue Reading
You may also like...
Related Topics:osun state, Ritualists

Photos: Homeless Woman, Nursing Mother Of Triplets Begging At Awka Market In Anambra Says Landlord Sent Her Out
True Confessions Of Actor Chinedu Ikedieze Aki: How I Made Nneoma Nwaijah My Wife