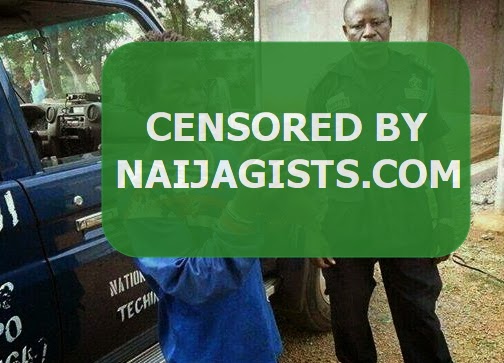 A suspected ritualist caught with fresh human head has been arrested by Lagos Police officials.

The suspect identified as Mustapha Bakare aged 38 was arrested for possessing a fresh human head in Orile area of Lagos.

Lagos Police spokeswoman, Ngozi Braide who made this known to reporters today in Lagos said the man was caught yesterday in Orile by Anti-robbery police squad.

“The police team that arrested the suspect was led by Inspector Bernard Oyinlade, while they were conducting a ‘stop and search’ operation near the white sand area of Orile.

“The team stopped the man who was walking along the road with a polythene bag having suspected him and immediately called for a search.

“He immediately took to his heels and was pursued.

“He was arrested and during the searching of his bag, a suspected fresh human skull was found.

“The suspect is undergoing interrogation.

“He will be transferred to the State Criminal Investigations Department, Panti, Yaba for further investigations,” Braide said.