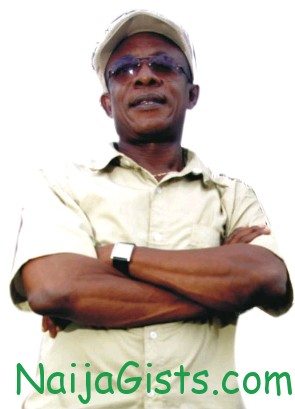 Nollywood actor Nkem Owoh popularly called Osufia has become the latest victim of armed robbery attack in Enugu as robbers raided his home over the weekend carting away his Jeep and other valuables. naijagists.com

According to the actor, one of his neighbours called him on Saturday to inform him that his house has been burgled.

The intruders stole his laptop, camcorder and his Mitsubishi Montero Jeep with plate# BU 64 FST during a raid on his house at Phase 6, Trans Ekulu in Enugu.

Here is what the actor said in regards to the burglary:

“I was in Abuja last week Saturday when my neighbours called that it was like my place was burgled, that my gate appeared to be open.

“I asked them to check and they reported back that out of the three vehicles parked in the compound, the Jeep was no longer there.

“I called my driver and asked him to make a report to the police immediately, which he did.”

Osufia claimed the robbers got rid of the burglary roof on his windows thereby stealing his laptop.

He has reported the case to the police for further investigation.