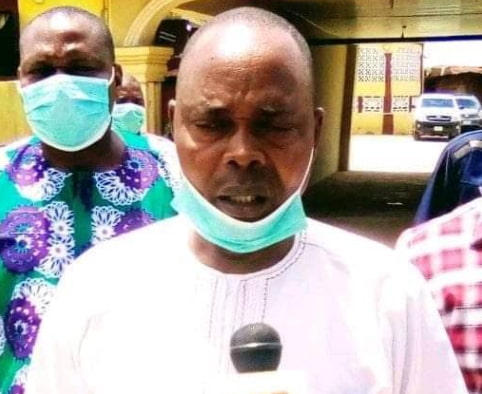 There are over 262,000 people according to the 2006 population census, there are 10 large political wards, over 13 clans and 16 sub-clans, over 50 towns and communities, in the land we today call Akoko-Edo LGA of Edo State. Despite her rich and diverse cultural heritage and history, a very hard working and hospitable people, headquartered in the ancient town of Igarra, it appears that since the advent of civil rule in Nigeria in 1999, the people of this LGA have hoped, prayed and wished for the good life and a system that will offer them that life…

In this article, Albert Afeso Akanbi, a writer, filmmaker and humanitarian from the region, examines the antecedent of Hon. Robert Akande, a known face in Edo politics, and ask if with him at the helms of affair in the area, it would be business as usual or a breath of fresh air.

The views expressed in this article are strictly those of the writer and as such do not in any way represent the position of the newspaper.

When you consider the fact that Akoko-Edo LGA is blessed with some of the best brains the world can boast of in terms of human resources and a plethora of great leaders, cut across all fields of human endeavors, added to the rich solid mineral resources in the area, from limestone, granite, marble, gold, iron-ore, to all kinds of precious stones and mineral deposits, you will begin to wonder if it is really out of place for the people to expect the best life any government can give, considering that the above mentioned are the basic ingredients for creating a perfect society.

But it would seem that though successive governments in the area have done their bit over the years, the dream of the perfect life for the people remains distant.

And it is this desire to have a Local Government Area that all her sons and daughters, both home and abroad can be proud of that informed the constant quest, over the years, to find a name within the local government that can help the area achieve its dreams.

And so a group of Akoko-Edo LGA sons and daughters, led by Godwin Johnson Prince, the son of the late Village head of Eshawa community, decided they have identified just that name. This group, comprising Akoko-Edolites who love the area, insist this name, Hon. Robert Akande, has the capability to deliver. And the man Hon. Akande himself has always insisted in his mantra that: “Ideas make Great men, and great men make great nations”.

Hon. Robert Akande says his mission in Akoko-Edo LGA is the total eradication of poverty, ignorance, illiteracy and disease. He says with faith in God and his strong political will, nothing would stop him from arresting the precarious state of political decay, economic dislocation and deprivation, social degradation, cultural subjugation and moral decadence in Akoko-Edo LGA.

For those who might want to cast doubt in the above words, it is worthy of note that as one-time Special Adviser on Political Matters to The Speaker, Edo State House of Assembly, Hon. Akande is not oblivious of the battles ahead.

As someone who hails from Ogugu Community in Akoko-Edo Local Government Area, he knows what it means to maintain belief in the development of his community, constituency, local government and upgrading the lives of his people as a whole.

Hon. Akande holds a first degree in Political Science from the University of Ilorin, a masters in International Law and Diplomacy from the prestigious University of Lagos and other short courses from various institutions across the country. As a one-time Political Assistant to Hon. Paul Kehinde Udofe, the then Hon. Commissioner for Environment and Solid Minerals in Edo State, an Electoral Commissioner in EDSIEC, one-time Senior Legislative Aide to Rt. Hon. Peter Akpatason, MNI, Federal House of Representatives, Campaign Director to Hon. Yekini Oisayemoje Idaiye and many more, the fact that Hon. Akande is a living, walking political experience and knowledge, an astute and experience administrator, is not lost on his supporters.

As a happily married man and father, with his lovely wife Mrs. Lilian Kemi Akande and adorable children at his side, his supporters insist he would bring to bear the fatherly love and role in the discharge of his duty to the people.

They say this is because he is a man that knows the pain of all sons and daughters of Akoko-Edo land as a father would his children, that he would build infrastructure, create jobs for the teeming youths because he himself has experienced what it means to be jobless.

Akoko-Edo LGA is long overdue for qualitative leadership, we need to carry through with projects, both those in the pipeline and those that have begun or been abandoned. From the School of Geology which is still in its proposal state, to the Ava Cement Plant, Aiyegunle Power Station, Lampese Crocodile Lake, Ojirami dam, Ikpeshi and Igarra quarries, Ososo tourism and many other countless opportunities to generate revenue scattered across the LGA, it is time for the people of Akoko-Edo to say YES!

Albert Afeso Akanbi is a writer, filmmaker and humanitarian. He writes from Abuja, FCT, Nigeria.