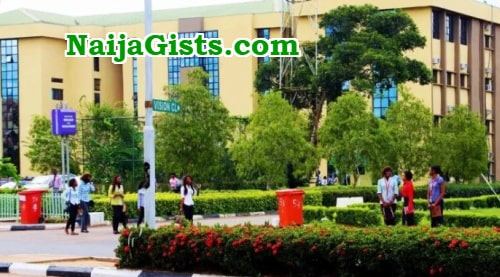 Some Nigerians know how to spoil a good thing and abuse opportunities provided by the government to enhance some sectors.

According to Oloyede, the government opened up the space for private operators to complement its efforts at providing university education to Nigerians, but it seems like the aim is gradually being defeated.

“ When you visit some private universities, you will be ashamed for Nigeria. From the structures, you will know that something is wrong. If you take a deeper look, you will discover more decadence and rot in their operations. Some of the proprietors choose to run the universities like a family business and it ought not to be so,” he stated.

Although the published story on the Oloyede’s alarm on the worrisome state of private universities did not give more details, evidences abound that many of the institutions don’t have what it takes to provide the standard of academic instructions and environment for learning required.

While the applications for the establishment of private universities are supposed to have been properly scrutinized by the Nigeria University Commission (NUC) before approval by the Federal Executive Council headed by the President, there is no justification for the issuance of licenses to the some operators based on what obtains on some of the supposed campuses as Oloyede rightly noted and many other stakeholders have pointed out in the past.

It is commendable that some individuals and organisations have taken up the challenge of helping to address the admission deficit in federal and state universities, but it is equally important to ensure that the standards required for such level of education are not lowered.

To get approval for establishment and accreditation for courses, all manners of manipulation and false claims are involved. Equipment presented are sometimes rented. Some listed lecturers are not staff of the institutions and some don’t even have the required academic qualifications and years of experience.

Because of the financial benefits, some lecturers in public universities move from one private university to the other while failing to teach their own students.

To attract students, many of the private universities can go to any length, even if it means admitting those with lesser qualifications stipulated by the JAMB as long as they can pay their fees. The certificates issued by some of the universities have been subject of controversy considering the limited personel they have.

In the management of the institutions, many are run at the whims and caprices of their founders who do not have any regard for the rights and privileges of the students and staff.

Since the summit Professor Oloyede spoke at was organized by the NUC which is the supervising institution for universities in the country, it is necessary that steps are taken to urgently address the apparent devaluation of university education by not only the private universities, but even the public universities, some of which are also guilty of some of the inadequacies.

If certificates of some of the private universities are to be duly recognized by employers and other institutions, rules and regulations governing the establishment and running of the institutions must be enforced.

For now, no new license should be issued for private universities out of the ridiculous 303 applications awaiting consideration. Those already approved that have not been able to cope should have their approval withdrawn instead of being allowed to produce half-baked graduates.