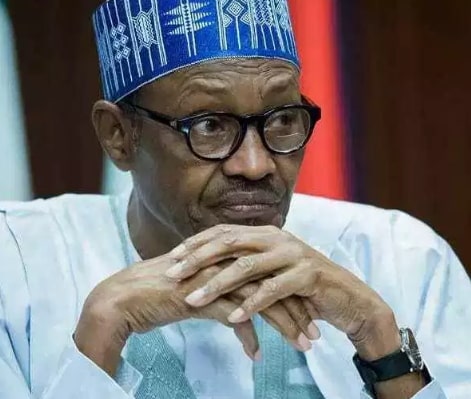 As is typical of Buhari administration’s public information apparatuses, the Ruga rollout was badly botched, and has probably been so bungled that it is beyond redemption. Somehow, the pervading narrative in the polity is that Ruga is the furtherance of the 19th century Sokoto Caliphate’s conceived plan to extend Fulani conquests beyond territories south of the Sahel, through the Middle Belt and down to the south, for access to Nigeria’s rich natural resources and the Atlantic Ocean.

Absurd and implausible as the thought may be, the seemingly nonchalant attitude in Aso Rock makes it easy for the president’s political archenemies, to convince their people that the plan is now brazenly and unapologetically coming to fruition. You cannot convince the people of Benue State, for instance, that they are not being delivered into the hands of the Fulani.

But, did President Buhari altruistically intend Ruga to be his creative solution to the exploding crisis of herdsmen herding their cattle callously and indiscriminately through farmlands, pillaging crops and killing defenseless farmers that resist the savagery? Did he intend this to be part of a grand plan to revolutionize agriculture, including animal husbandry and particularly cattle production to enhance food security? Was this a good plan whose rollout was just unfortunately mismanaged by a bunch of public relations and information management neophytes in the administration?

How come there was hardly any sensitization campaign to bring every region on board on such a sensitive issue as this? No exhaustive national conversation was had about why the federal government would be spending taxpayers’ money to build cattle enclaves for rich private individuals – for, we all know that the real cattle owners are wealthy people (some of them from our own tribes) for whom those poor nomads herd the animals. Nobody tried to explain to us fully why these cattle owners cannot form a cooperative society on their own and acquire ranches wherever they find people willing to voluntarily sell their land…just like crop farmers do…and government can subsidize them there like it does some crop farmers.

Nobody tried to remind to us that this is not a Fulani-only programme; that other tribes too can get into cattle ranching in their locales and have access to non-discriminatory government financial assistance. We are just now finding out from Governor Kayode Fayemi of Ekiti State that state governments still control their own lands, and Ruga colonies are optional for states. We should not have had to wait for Fayemi to tell us. He is not in the presidency anymore. That should have been part of a federal government’s robust rollout strategy in the kind of ethnically-charged climate that we have.

Ideally, a comprehensive ranching policy like this, if properly executed, should be a clear improvement on the archaic, ruinous, unregulated and dangerous nomadic livestock management system that we currently have. We would have our cattle in one place, within the confines of our ranches, with easy access to veterinary care, identification and registration of genuine Nigerian cattle owners, which would eliminate Boko Haram terrorists and for-ransom kidnappers potentially embedded within herders’ groups. We would have modern ranches complete with fresh milk and cheese-making factories. We would have ranches that are free of wandering rejectees from faraway lands like Senegal, Mali, Sudan, Burkina Faso and Niger – people who do not share the linguistic accent, mores and ethos of our communities.

But we do not know anything. How can we know? There were (and still are) no concerted efforts to educate us. As loud as the hues and cries over this issue have become (some have called it Rugaphobia), our president has not engaged us.

Defenders of the president need to know that in the country, particularly across the Middle Belt and southern states that are loudly resisting this RUGA idea, the overarching feeling is that the president does not care about their opinions and positions on the matter.

And we can’t have that in a democracy. We can’t have a president, in this day and age, whose public persona is that of aloofness; that of an out-of-touch emperor who thinks he is beyond reproach; who thinks the people are inconsequential minions to whom he owes no explanations.

When the president doesn’t carry us along; when he doesn’t even try to sell the benefits to us, it appears to us like he is shoving it down our throats. Nobody likes things shoved down their throat. You are bound to have resistance, especially from people that are already living with fear, ingrained cynicism and ethnic mistrusts.

Just a few weeks ago, we found ourselves having to protest federal government’s decision to setup a radio station exclusively for Fulani herdsmen. We never heard from the president throughout the protests. And not too long ago, we received orders that all of us must surrender our guns to the government, including those who had previously obtained licenses to own such guns. This was right in the middle of a huge spike in kidnappings.

It is such silence that makes it impossible for even party diehards to defend the president in public.

And what’s with the naming of the program Ruga? What the heck is Ruga? People are now saying this is not an acronym for anything English; that it is actually Fulani word for “Conquer” or “Dominate”, and not Rural Grazing Area. How did the president’s media handlers allow this to happen?

The way the programme was released to us, it would seem like we were being told to brace for a large concentration of cattle herders on our lands, which would be forcibly appropriated by the federal government. If that was not the real intention of government, then the misunderstanding and attendant uproar is government’s fault. It is the fault of those in the Ministry of Information and those who are advising the president on media, including social media. It is the president’s fault for taking us for granted as usual.

What seems to have come to the fore now is a systematic template by presidents (after Obasanjo) to take care of their own people while in office. The template is simple: The tribe starts a sustained campaign of anarchy. It foments chaos consistently. It daily destabilizes sections of the country. It maims, kills and destroys. It holds the country by the jugular. It overwhelms a president that dares not act decisively against his own people. After all, that president would ultimately return to live among them after leaving office. He is forced to negotiate. At the end of the day, they get what they really wanted…what they couldn’t have gotten without resorting to violence. Wasn’t that how we got the Ministry of Niger Delta Affairs…through terror blackmail?

The cattle owners are not idiots. They are following the Niger Delta militants’ template. And it seems in the end they will realize their desires. They will not only get ranches across the country; they will get government subsidies and eventually a ministry dedicated to them!.

About the author: Ladepo writes from Ibadan, Oyo State.

Rape Is Never The Fault Of The Victim, We Can Do Better!
Is Nigeria Still A Natural Leader & Voice For The African Continent ?