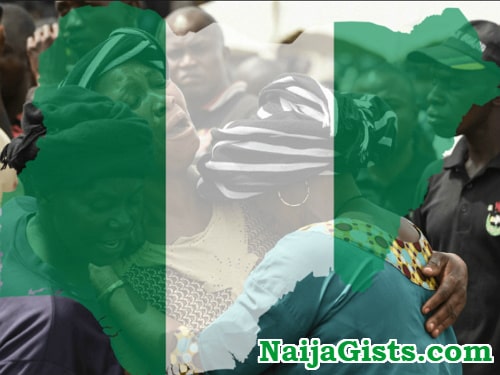 Is Nigeria Still A Natural Leader & Voice For The African Continent & West Africa?

On the eve of the 12th Extraordinary Summit of the African Union Heads of State that took place on July 7 in Niamey, Niger; the federal government announced that it would sign the Africa Continental Free Trade Agreement (AfCFTA). This created audible sighs of relief around the region. Nigeria’s delay in signing that treaty – and its entry into force without her ratification – had raised questions as to whether Nigeria was abdicating her leadership role on the continent and, more importantly, whether she can still be regarded as a regional hegemon.

Long before now, Nigeria was accepted as a regional hegemon – a natural leader and voice for the African continent and West Africa in particular. That position devolved on her via her oil riches, demographics, Afrocentric policy assertiveness and the respect she had garnered as a responsible and proactive stakeholder in global affairs. The residual effect of the latter subsists as evidenced by the recent unanimous election of its incumbent permanent representative as the president of the 74th session of the United Nations General Assembly.

Still Nigeria’s influence continues to wane in many important respects. Foreign policy begins at home. Whereas Nigeria is a recognized democracy, her seeming inability to use the democratic process to address its major political, economic and security challenges has adversely affected public confidence in, and international perception of, the stability of the country. Nothing illustrates this deficit of democratic process better than the number and frequency of military operations that have been launched to address various domestic challenges. Equally, the high degree of lack of bipartisan orientation and discernible weakening of national cohesion portray Nigeria as a country experiencing severe turbulence. Nigeria’s dismal ranking in global indices of terrorism, fragility, corruption, insecurity, as well as the regional index on governance confirm this disturbing picture.

This unpromising national context is further reinforced by the recent disclosure that Nigeria intends to close as many as 80 out of its 110 diplomatic missions due to paucity of funds. This was disclosed in early 2019 during the defence of the foreign ministry’s budget in the senate, where it was revealed that the 2019 appropriations would only sustain 30 missions thus leaving 80 missions with zero-budget for FY2019. In actuality, the 2019 capital vote of N4.123billion for the missions reflected N7.209billion or 64 per cent reduction from the 2018 allocation of N11.333billion. Last May, four missions in Sri-Lanka, Serbia, Ukraine and Czech Republic were closed, in what appears to be the first step of Nigeria’s retrenchment of its global diplomatic presence.

Pragmatic and cost-saving as it seems, such closures contribute to diminution of influence by reducing contacts, and trade representations since these missions serve a first line of interactions in the promotion of national strategic interests. Additionally, mission closures translate into lesser effectiveness of ancillary foreign policy institutions and agencies, such as Technical Aid Corps (TAC), Foreign Service Academy (FSA), Institute for Peace and Conflict Resolution (IPCR), Nigerian Institute for International Affairs (NIIA) and Directorate for Technical Cooperation in Africa (DTCA), which are all under the supervision of the ministry.

Nigeria’s active support for the liberation struggles in Southern Africa, in particular the fight against Apartheid, earned her a “frontline status”. In the 1980s and 90s Nigeria was renowned for international peacekeeping. In so doing, she played a critical role in consolidating peace in Africa and beyond. Nigeria led and singularly funded the first OAU peacekeeping operations in Chad in 1980. She played pivotal peacekeeping leadership and contingent roles in Namibia, Angola, Sierra Leone, Liberia and later on Sudan, racking up at its zenith in 2008 over 6000 military, civilian police and experts’ deployment. Whereas Nigeria once was placed among the top five troops, police and experts contributing countries to UN Peacekeeping Operations; as of May, she was contributing a paltry 338 military, police and mission experts, in 11 UN missions placing it at the 43rd position. The drastic reduction of Nigeria’s contribution to UN Peacekeeping Operations was in response to its rising domestic security challenges.

Nigeria retains her niche as Africa’s largest economy with a GDP of $376.284bn, ahead of South Africa, ($349.299bn), Egypt ($237.037bn) and Algeria ($178.287bn). However, she has failed to capitalize and translate such economic strength either in effective regional leadership or membership of growing blocs or economic networks. By contrast, South Africa is a member of G20, BRICS, and IBSA (India, Brazil and South Africa). It ought to be disconcerting that since the inception of the African Union in 2002, Nigeria has not managed to secure an election into any of the Commissioners’ position at the African Union Commission.

At a time when the regional and global contexts are marked by much uncertainty and myriad challenges, Nigeria’s leadership role, especially in Africa, is all the more important and greatly needed. However, Nigeria’s regional hegemon position is under severe assault. A combination of factors is driving the onslaught including, her deteriorating fiscal situation, weak economic growth, domestic insecurity, a lack of robust elite consensus on the desired direction for the country, and a regional environment in which several actors – regional and extra regional – are jostling for influence.

Nigeria’s status as a regional hegemon risks further regression, absent the restructuring of its governance arrangements, creatively tackling its myriad security challenges, promoting inclusive economic growth, making significant strides in adapting new technologies to enhance its development pathway. The Africa in which Nigeria’s leadership was automatically acknowledged no longer exists. Nigeria will need to work much harder to re-assert its influence and be accepted again as a pre-eminent regional actor.

About the author: Otobo is of the Global Governance Institute, Brussels; Obaze is MD/CEO Selonnes Consult – a policy, governance and management consultancy firm, in Awka.