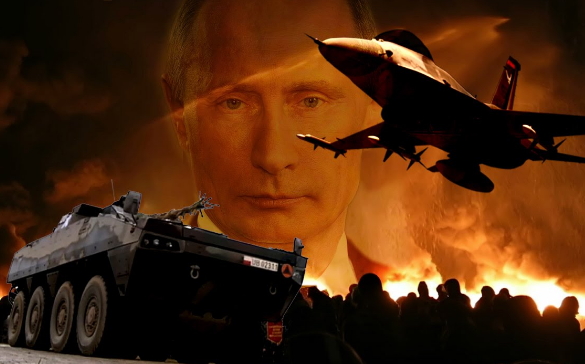 Highlights of these reports include :

1. Russia’s deployment of nuclear capable ballistic missiles ( Iskander-M missile system, which has a 500 km striking range), to her central European border between Poland and Lithuania, countries who are allies to the United States.

2. Announcement by Russian government ministers of the building of bunkers capable of housing Moscow’s 14 million residents.

3. The conduct of civil defence drills by the Russian government for 40 million citizens.

4. A directive by the Russian government to all it’s officials to return their children schooling abroad back to Russia.

5. The escalating tension between Russia and the United States over the current civil war in Syria.

6. The strong opposition of Russia to NATO’s plans to deploy a missile defence system in Eastern Europe.

The United States of America and Russia have been long time rivals, competing for world dominance, military might, and superiority. During the years of the cold war (1947 – 1991) the then USSR and the US engaged in massive military spending to build elaborate military defence systems which lead to both countries possessing nuclear weapons capable of destroying our world several times over. The Russian government inherited the nuclear weapons of the defunct Soviet Union.

In the face of the highlighted reports which indicates a preparation by the Russian government for an impending World War 3, the United States and her Western allies seems not to give these reports any credibility. The governments of the US and her allies have made no official comments, and no heightened military activities.

Is the human race about to witness World War 3? Are the Russians serious about starting a global war? Is the long awaited Armageddon, believed by many religious groups about to happen?

Hypothetical a World War 3 would lead to great tragedies and catastrophe worldwide ; loss of human lives in millions, wide spread destruction, collapse of the economies of nations, collapse of national governments, and widespread suffering.

The Russians are just grandstanding, they don’t have the intention of starting World War 3, a global war that will lead to unimaginable destruction of human lives across the world will do the Russians no good.

The government of Russia is playing a military propaganda game, with the aim of making them look more stronger than what they are to their opponents.

It is also an attempt by the Russians to influence the outcome of the US November 8, 2016 presidential election, reports indicates the Russian government are in favour of Donald Trump becoming the next president of the United States, the aim of the Russians is to instil fear in the hearts of Americans, and this in turn will influence who they vote for.

The global fall in crude oil prices has negatively impacted the economy of Russia, the war ready posture of the government is to divert the attention of the citizens from their current economic hardship.

Over the years, the influence of Russia in Eastern Europe and globally have been on the decline, through this war ready preparations, the Russians are trying to stage a come back as a world super power.