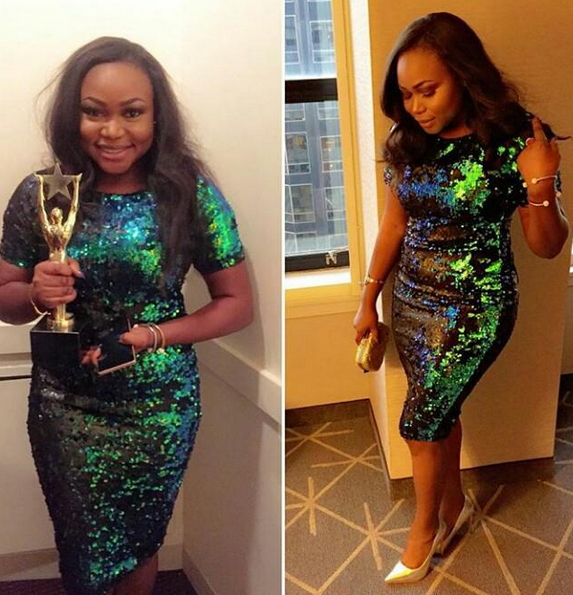 Ruth Kadiri was honoured by the Nigerian Entertainment Awards organizers in New York on Sunday.

The budding actress, producer won the Best Actress of the year award for her role in “Matters Arising”.

She took to her official IG page @ruthkadiri to thank fans and Matters Arising cast members.

“My night was awesome actress of the year @neaawards. Shout out to everybody t that voted. Thanks to the entire cast and crew. Of matters arising.”