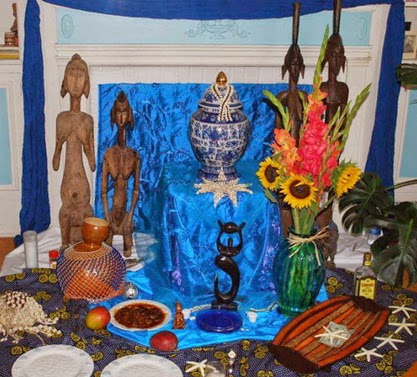 High Chief Moses Enimade, the Oyewoga of Ode Irele in Ondo State, has linked the recent death of 20 youths in the town to a sacrilege done to Molokun, god of the land.

Enimade, next in command to Oba Cornelius Olanrewaju-Lebi, debunked the rumour that the deaths were caused by strange disease or Ebola virus.

No fewer than 20 youths reportedly died of severe headaches and blindness in the town recently. 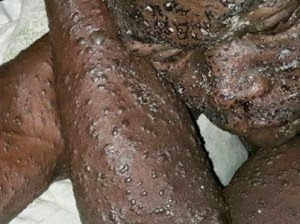 one of the victims

Enimade contended that some stubborn youths broke into the inner room of Molokun Shrine on April 15.

“Molokun is a deity of the land, only the Chief Priest and High Chief Gboguron are qualified to enter the shrine.’’

The chief said the youths entered the shrine and made away with traditional items in a bid to acquire extra-ordinary powers and engage in money ritual.

“They were not qualified to enter the room (shrine). They had to face death penalty’’; he emphasised.

The Oyewoga said it he could not remember the last time Malokun or any other gods had to strike like this in the area.

According to him, there is no community or town without its own culture and tradition; what happened in Irele is the judgement of the gods on stubborn youths.

“Even the Kabiesi himself is not permitted to enter the Molokun Shrine’s inner room except the Chief Priest and High Chief Gboguron. Sacrifice must be performed before they can enter.

“Because these youths want to be rich at all costs, they entered the sacred place and made away with traditional items and 20 of them have died as a result of their desperate acts,

“We have to appease the gods or else many will still die and we have to bury them according to tradition. Their corpses belong to the gods and will be exhumed if buried by their families.’’

He restated that the deaths were not caused by diseases or ebola as widely speculated.

“The death caused by Molokun is characterised by severe headache and blindness.

“Proverbs 29:1 in the Bible say: `he that had been reproved and hardened his neck shall suddenly be destroyed without remedy; so youths of nowadays must be careful’’’, Enimade said.

Some residents who spoke with NAN appealed to the chief priest to make necessary atonement to avert calamity in the town.

They said news of the deaths had given the town and state a bad name.

Mr Saheed Osuolale said he was afraid when the news broke.

Mrs Esther Bantefa said the news had given the town and the state a bad name adding that the chief priest should as a matter of urgency perform necessary rituals.

“Our people in Lagos and other towns called us to get information if it was Ebola outbreak’’, she said.

Mrs Tayo Akinyelure said parents should warn their children against going near shrines.

“Many youths do not believe in all these traditions and customs. It is high time parents warned their children against committing sacrilege’’, she said.

[Reported by The Eagles]