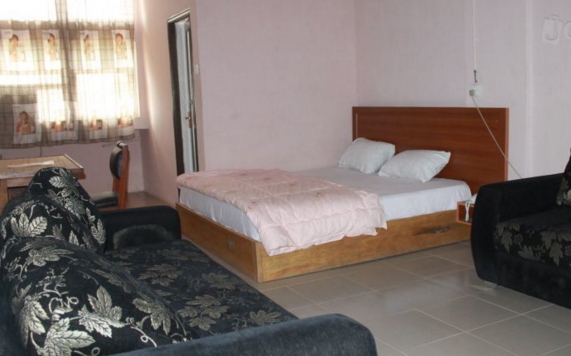 A randy man simply identified as Monsuru died on Sunday after an overnight sex rump with one of the prostitutes at a popular hotel in Ago Wande area of Osogbo.

A shop owner in the area who pleaded anonymity said Monsuru, a married father of 3 died on Sunday night at Morak hotel of apparent exhaustion following an encounter with a younger prostitute.

The wife of the deceased was said to have reported the matter to the police before his corpse was evacuated.

Osun State Police Commissioner Kola Shodipo said his command is awaiting official autopsy result to determine the exact cause of his death.

One thought on “SAD! Married Man Dies After Sleeping With Prostitute At Morak Hotel In Osogbo Osun State”