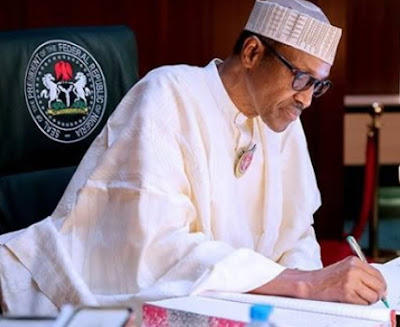 The streets have become an epistemic community where the mood of the country and the direction of thoughts are expressed, moulded, patterned and structured. When one interacts with the streets, one is able to know who is popular and unpopular, which person governs well and which does not; the streets’ engagement is important in sampling the dynamics of thoughts of the ordinary Nigerian who bears the brunt of present mis-governance. Unfortunately, the leadership of the country is surrounded by sycophants who create impression that without President Muhammadu Buhari (PMB), Nigeria cannot get to the promised land. To this set of people, who thought there is no alternative to PMB, they must be living in fools’ paradise as PMB was a candidate of circumstance and protest vote in 2015.

The same reasons of ethnic sentiments, religious favouritism and nepotism which made Nigerians reject PMB in the serial election losses of 2003, 2007 and 2011 have now become real in their consequences. All these elements of his characterization have played out in governance, fighting corruption and management of the economy.

Nigerians have moved from ‘it must be Buhari’ (Sai Buhari) of 2015 to Kai Buhari. From Sai Buhari to Kai Buhari is how ordinary Nigerians have constructed the social reality which confronts them in present day Nigeria. As a trained sociologist, the society is my laboratory and I get data through constant interaction with it. I had gone to purchase brake pad and shock absorber for my ailing car owing to the deplorable status of roads in my state. The spare part seller told me the brake pad which I bought last for around N1000 now cost N2500. When I screamed, he simply shuddered and said “we are in the season of change Oga. Na Buhari time. You know na Kai Buhari we dey now”. 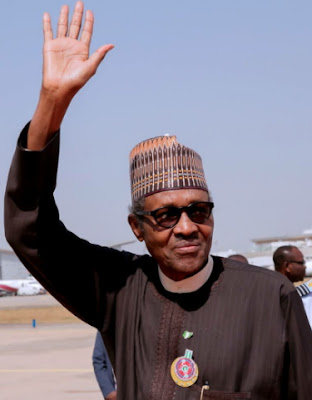 After hearing the submission, I marvelled at how ordinary Nigerians construct social reality and map out strategy to make their life better for the future. Those who suffer bad policy and poor governance are planning ahead while the horse riders and their cronies think they can continue to ride the horse for life. PMB as the proverbial horse rider is a big man that is not on ground to feel the pains of those being governed.

The fatalities recorded as a result of the killer Fulani herdsmen have surpassed the record of Boko Haram. Yet the PMB government has been incapacitated by clannish considerations while farming communities are degraded. PMB and his government have shown that man is born equal but some are more equal than others by not arresting and prosecuting those who are stretching the limits of tolerance. A seemingly contradictory government wants one Nigeria while tearing it apart by its actions and inactions. Peace eludes settlements where injustice is allowed to thrive. How did we get here?

In PMB’s Chatham House 2015 speech, he presented himself as a converted democrat “who is ready to operate under democratic norms”. And for me, rule of law is one of the norms constantly flouted by his government. Many court rulings have been disobeyed. Personal affairs get jet-speed attention but the health, education needs, unemployment and electricity needs of Nigerians, and carnage of farming communities by Fulani herdsmen gets country’s unification consideration and setting up of committee from PMB and no arrests. He only begs the victims to accommodate their fellow countrymen. Such approach to national issue is unpardonable as he had promised Nigerians in his packaged 2015 Chatham house speech never to allow problems to irresponsibly fester.

Hear him: “Let me assure you that if I am elected President, the world will have no cause to worry about Nigeria as it has had to recently; that Nigeria will return to its stabilising role in West Africa; and that no inch of Nigerian territory will ever be lost to the enemy because we will pay special attention to the welfare of our soldiers in and out of service, we will give them adequate and modern arms and ammunitions to work with, we will improve intelligence gathering and border controls to choke Boko Haram’s financial and equipment channels, we will be tough on terrorism and tough on its root causes by initiating a comprehensive economic development plan promoting infrastructural development, job creation, agriculture and industry in the affected areas. We will always act on time and not allow problems to irresponsibly fester”.

While successes have been recorded in the area of reclaiming territories from Boko Haram (who still kills) and recovering parts of the looted funds, PMB has failed to switch on the inner light of his vehicle which accommodates politically complicit and untouchable tribal comrades. PMB should know that those who purport to clean a dirty town must start from within. Unlike Boko Haram that is restricted to the northeast, Fulani herdsmen are presently widespread nationwide. Yet, the federal government want colonies established for herders noted for killing, raping and destroying livelihoods.

As a criminologist, the widespread of Fulani herdsmen in virtually all nooks and crannies of the country portends security threat going by their activities in the last decade. Accumulation by dispossession has become their trademark while they sabotage the economy of others to sustain their livelihoods. I should also warn that increasing distrust in the capability of the state to secure lives and properties allows people to resort to self-help. This should not be allowed to happen.

As the minister of petroleum resources, PMB has failed to ensure governance and accountability in that sector. Today Nigerians buy petroleum products at N180 per litre or more owing to unfulfilled promise to fix our refineries. What this implies is that Buhari is not the messiah we are looking for.

He can only do his bit while others continue from there. Therefore, Kai Buhari underscores the masses’ period of agonising and warning to PMB. Certainly, the lice of unresolved problems of unemployment, health, education, economy, Fulani herdsmen terrorism continues to stain our hands. A presidency that approaches public issues with jet-speed, and bridges inequality gap is desired. But can the leopard change its skin?

Dr Tade, a sociologist sent this piece via dotad2003@yahoo.com

7 thoughts on “From Sai Buhari To Kai Buhari”