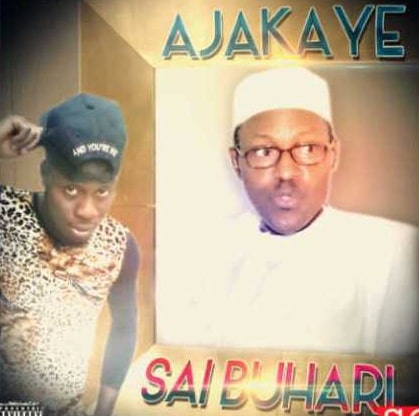 Ondo state born-songwriter who composed the 2014 ‘Sai Buhari Campaign music, Ojetayo Oluwadamilare ‘aka); Ajakaye is aggrieved of an alleged breach of agreement.

Some opposition leaders particularly in the Peoples Democratic Party(PDP) camp are already inciting Ajakaye to take legal action against the All Progressives Congress(APC) over copyright infringement on his literary work adopted as ‘Buhari for President Theme Song’.

Ajakaye spoke with reporters and bloggers over his non-compensation by the APC after four years of allegedly tampering with his intellectual property that was illegally used for their political advantage.

The Oke-Igbo born singer pointed out that his burning love as a progressive minded artiste delivered a track that was adopted as the party’s 2014 presidential theme song which went viral and boost the image of its then candidate,now President Muhammadu Buhari.

Ajakaye recounted his ordeal in the hands of the APC Media Handlers whose neglect had adversely affected his career and by extension his personal lifeline.

According to him, the alleged recalcitrant posture of the APC leaders who had kept him in suspense for the past four years without compensating him for using his track as the APC 2014 Presidential Theme Song was discouraging.

Ajakaye however said he has continued to resist all overtures from the opposition parties who wanted to capitalize on his frustrated career and poor financial status allegedly caused by the infringement by APC on his copyright and intellectual property to rubbish Buhari’s government.

Ajakaye said despite the cloudy atmosphere surrounding his compensation from the APC, his hope remain solid on the assurance from Ooni of Ife, Oba Enitan Ogunwusi- Ojaja and respected citizens who promised to wade into the contentious matter with the APC.

He said with the prevailing socio-economic situation and the harsh political atmosphere, he might change his tactics by engaged in a drastic measure to receive compensation from the party leaders who have repeatedly offering him empty promises.