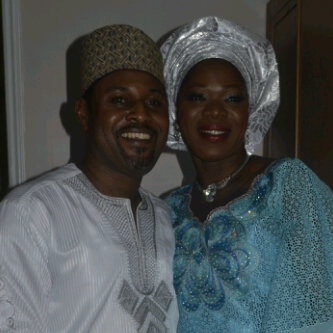 In the wee hours of today Monday June 17th, 2013, gossips took to their heel to spread false rumours about the upcoming wedding of Nollywood actress Saheed Balogun and Funke Sowofora, a sister to Oba Saheed Ademola Elegushi.

In the false report, gossips claim the actor will be getting married to the socialite lady come July 7th, 2013.

In contrary to the story making round, Saheed Balogun has spoken up.

He said there is no iota of truth in the rumour going viral.

The talented actor said he is a good friend of Funke Sowofora, a staff at Lagos State Auditor General’s office.

Hear what the actor said few hours ago;

“I don’t know where the story emanated from or the aim behind it but I’m not getting married to anyone on July 7, 2013, the lady in question is a friend like I said and she’s not happy with this tale”

So let those false rumour carriers cover their eye in shame.

The rumour started from a controversial blogger who is popular for carrying false news to suit herself. She is known for circulating lies.

Please debunk the rumour now that you have heard from the horse’s mouth.