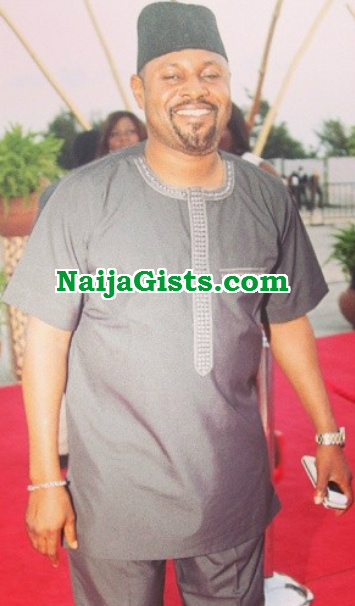 Nollywood movie producer Saidi Balogun has found himself in muddy water over his new romance with an Ibadan-based socialite.

A reliable Nollywood insider said Saidi was spotted at an hotel on Iwo road in Ibadan with a mature lady who resembles his ex-wife Fathia Balogun.

The source said one of the staff of the hotel (name withheld by request) said Saidi has been spotted in the same hotel over 3 times this month.

Last Saturday around 9pm, Saidi and the lady lodged in together in the same hotel where they spent hours together.

The hotel staff who exposed Saidi is unwilling to release evidence because of fear of losing her job.

The Nollywood actor reportedly moved to Ibadan few weeks ago.