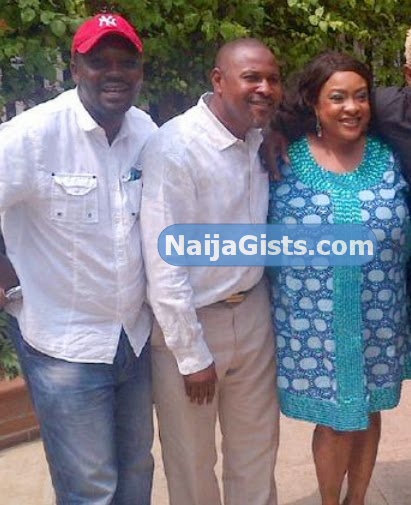 Things are gradually falling apart for Saidi Balogun and members of his new club, The Golden Movie Ambassadors.

Few days ago, one of the founding members of the club and the PRO, Yomi Fabiyi shocked everyone when he announced he is stepping down from the exco led by Saheed Balogun.

Fabiyi, who disclosed his parting of ways with TGMA via his Blackberry Messenger update, claimed personal reasons for quitting.

“I have today resigned my position as PRO of The Golden Movie Ambassadors of Nigeria, copy of my resignation (letter is) with the secretary. Thanks to all members,” Fabiyi stated.

A source in the organization said Fabiyi step down in order to avoid further clash with Balogun who is accused of being bossy.

The source said there are issues of ego and high handedness in regards to Saidi Balgoun which many members including Fabiyi could not tolerate.