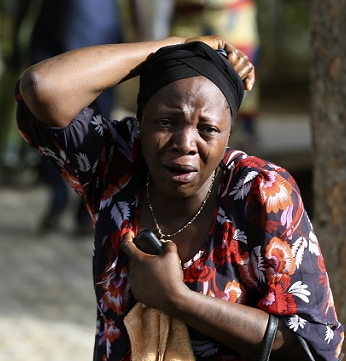 Members of the dreaded Badoo killer cult have stepped up their game.

In the early hours of Saturday, some suspected Badoo members invaded a white garment church during a vigil in Igbo Agbowa area of Ikorodu, where a church member was injured.

A 14-year-old boy was said to be relaxing in one of the rooms in the church when Badoo struck.

He was hit in the head and the mouth when he attempted to raise an alarm.

While the other suspects escaped, the principal suspect quickly dressed in white garment outfit and joined other worshippers.

Luck however ran out on him when the victim was able to identify him among the crowd due to the dreadlocks he wore.

The suspect identified as Ahmed is currently at the Ipakodo Police Station.