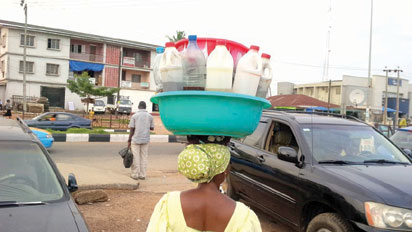 At least 2 people died yesterday in Ikeja and Orile Iganmu area of Lagos.

The first victim identified as Onyibo was said to have slumped and died while partying with friends at Adeyeye Street. He reportedly drank several bottles of local gin popularly called Ogogoro.

The young man was said to have vomited blood before he gave up the ghost.

The 2nd victim was knocked down by a speeding car in Ikeja.