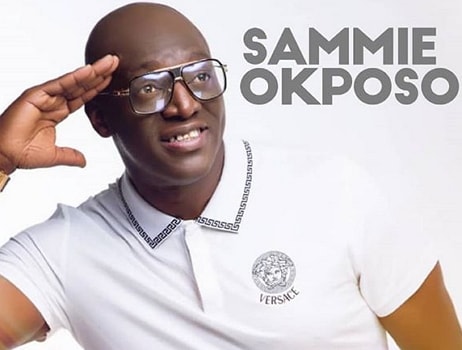 Highly influential gospel icon Sammie Okposo in this interview with Lanre Odukoya talks about his career, family and why many believe he’s no longer popular. He also speaks about his marriage and how he survived series of scandals.

What has been the secret of your staying power as one of Nigeria’s leading vocalists and gospel singer?

You have to be able to identify your race, chose your space and run on your lane. I understand that I am a gospel music artiste and I didn’t derail. When I came out with Welu Welu, the sound was not available at that time. People questioned why I did a traditional gospel music. But after a while, the song became almost as popular as our national anthem. For me, I look at the industry and I move with the trend.

I don’t just stay in one place because our industry is dynamic. For you to remain relevant, you have to be dynamic as well regardless of whether the sound changes or not. Whenever there is a new development, I look at it and apply it to what I am doing.

Why did you reduce the tempo at which you churn out hit songs?

I am still very active in music. My fifth album came out on October 1 last year. From the days I started music, I don’t just release an album like others. I take my time to record songs and make sure I am satisfied with what I want to feed the public.

When I needed to go on tour, I could tour for three or four years and I would bring out an album after each tour. So, I have never fallen into the temptation of doing one album every six months or one single every three months.

Many things had been written and said about you, including affairs with women; how have you coped with controversies?

Everyone has controversies, but the way you handle things matter a lot. I don’t let negative things to put me in a corner because it is part of life. Whether we like it or not, certain things are meant to happen. When those things happen, you handle or deal with them well and move on. Even as read in the Bible, Jesus was crucified during his lifetime but he never gave up because of tha.t

Has there been any particular event that almost broke you?

I am stronger than that; none of them affected me. I don’t regret anything in life as well. All the things I must have faced are part of my life as an individual. Given another chance to come back to this world, I wouldn’t change anything about me. What you see today is a product of everything I have experienced.

When did you give your life to Christ?

I was born into a strong Christian home, but I wanted to taste things as a youth. That is common with young people. I got born again in June 2000. I think it is good for a youth to go see the world, especially when he or she thinks the parents are lying whenever they try to direct his or her path.

I misbehaved because I felt I could take care of myself. After seeing what the world had to offer, I understood the whole difference between being under the advice of your parents and being left alone.

What were those things that attracted you to the world?

Like I said earlier since I was a youth, I wanted to experience certain things. I am not a saint; have done it all. I tell people never to think I woke up and I became who I am today or I have always been like this. My parents were happy when I turned a new leaf. But they still didn’t really like the fact that I was doing music. My father wanted me to be an accountant. When I started music 20 years ago, you couldn’t tell your parents boldly that you wanted to become a musician.

Then, our parents decided our destinies; they wanted their children to be lawyers, doctors and accountants. They didn’t even care if it was something you wanted or not. But the biggest award I have received so far was when my father looked at me before he died and said he was proud of me.

He said he could see and he liked what I was doing. He said people were always hailing him and he often saw me on the television.

Why did you settle for music?

I started playing the piano when I was 9-year-old. Do you know how it feels when you do something and you are happy about it? I saw that there was no way I could do anything else as music gave me joy. I didn’t think of making money from it, but I wanted to be happy.

I didn’t want to become a frustrated accountant who would be counting money for people. If I had become an accountant, I would have embezzled money from the bank out of frustration. Music makes me happy and I have sacrificed my whole life to it. Do you think it is easy to be the only gospel artiste in Nigeria that has ever been endorsed by a big brand like Globacom?

How did you feel when you became Glo ambassador?

I was so happy. I felt my hard work has not been in vain. But I didn’t see it coming; I was just working and being unique. With the endorsement, there is nothing impossible in this life.

Are you aware that certain people felt you were not appointed an ambassador on merit?

If you remember how huge Welu Welu was when it came out, you will not disturb yourself about such claims.

How did you come about the Welu Welu?

As pointed earlier, I left home to experience the world. I could have died like some of my friends, but God was merciful to me. When making the song, I wasn’t special but God treated me specially. If you listen to the part where I said: “I no know werin I do wey make you love me so.” It was a song of gratitude to God from the deepest part of my heart. The song resonated with many people because they started looking back at their situations. People became thankful to God for the gift of life even though they were not billionaires yet

Were you thinking of death when you made the song?

No, I was not thinking of death. When I was making the song, they couldn’t understand why I was making such sound. It was the period everyone wanted to be a Michael Jackson or an R Kelly. But I told my friends that I liked the sound and I had much confidence in it. And when I released the song, things changed for me. Till today, regardless of how much songs I perform at an event, I must perform Welu Welu before people get satisfied. The song has not left me since 20 years ago.

Don’t you feel bad that most people don’t know many of your songs like they know Welu Welu?

I don’t feel bad because every artiste needs that one song. If you don’t have a song like that, then there is a problem. I have made other hit songs that have given me a lot of money from You- Tube, iTunes and other platforms. For people to pay money to listen to your songs, it is a big deal.

The whole dynamics of music have changed with the advent of social media. In the past, it was very easy to become popular as an artiste. We only had NTA, MBI and AIT; so, to promote your music was not hard.

But now, only in Lagos, I cannot name all the radio and television stations. Also, the attention is on social media and I know in the next 10 years people will not watch TV any longer. As a gospel musician, we now make music for the church because the church is our immediate environment. If the church is not using your music for praise and worship or a special number, you have failed. We now target churches.

Has marriage changed anything about you?

Marriage has given me a sort of balance and it has made me stay focused. My wife loves good music; that is why she could marry me. She is a huge support system for me. I sang for her on our wedding day eight years ago. Marriage is something every man needs to experience. But you should enter it when one is ready because it is a serious business.