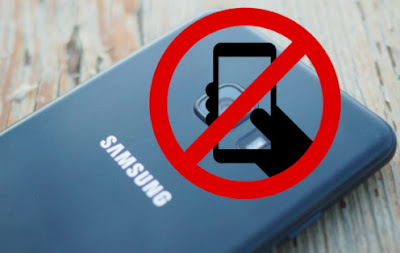 German airline, Air Berlin, on Monday, said that the carriage of Samsung Galaxy Note 7 is prohibited on all flights of Air Berlin group.

A spokesperson of Air Berlin said that the Note 7 mobile phones are not allowed to be brought on board immediately since Saturday.

“Safety is always our highest priority in Air Berlin.

He said this was not the first time, as the airline had already prohibited the use of the device on its flights before.

Meanwhile, another German airline, Lufthansa, also announced ban on Galaxy Note 7 on all flights related to the United States of America.

According to a Lufthansa spokesperson, the ban would soon apply to all other Lufthansa flights.

Singapore Airlines had earlier said it would ban the mobile phone since Oct. 16, as U.S. regulators issued an emergency order on Friday that the device would be banned on all flights since Saturday noon.

Also in Europe, Finnair had banned carrying Samsung Galaxy Note 7 device on all its flights.

It said in a message to the passenger that due to security risks, the airline does not allow passengers to carry Samsung Galaxy Note 7 device on its flights, not only in their checked luggage, but also in their carry-on luggage.

Finnair said that the prohibition also applied to transit passengers from other airlines to Finnair flights.

The airline said that the device could not be shipped as air cargo in its flights.

NAN recalled that several cases of Samsung Galaxy Note 7 battery explosions were reported since the new product was released in August.

Samsung had announced on Oct. 11 to permanently stop its production and sale of the device globally.

EFCC Recovers N55Billion From Corrupt Politicians In Kano Within 10 Months
Photos: The House Where Adolf Hitler Was Born In Austria Seized From Owner, Set For Demolition