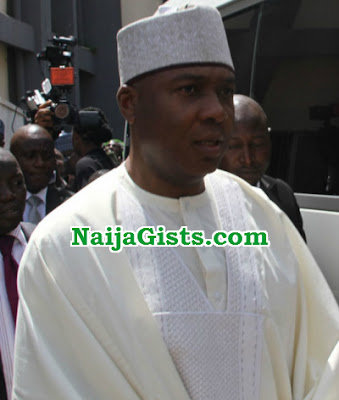 Weskat told the Court that the EFCC wrote Access Bank to furnish it with the salary of the defendants to enable it know the income of defendants when he was governor of Kwara State.

“Then on 28 Dec 2011, there was payment of the same amount into the account as December pension.

The witness said payment of salaries or pension into the account was stopped on 31 August, 2015.

“Does it mean the defendants was receiving salary after leaving office?” the Chairman of the Tribunal queried.

“That’s exactly what I am trying to prove. I know what I am doing,” Jacobs replied