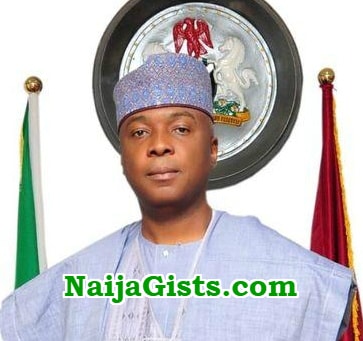 To say that Nigerians are easily excitable people is stating the very obvious and indeed our political players do not spare any effort in providing the much-needed entertainment. The fever is intense, everyone is talking about the 2019, and you will be forgiven to think that it is a repeat of 2014.

Many analyst have written and quite a number of commentaries are in public domain regarding the so-called implosion of the All People’s Congress APC like the Peoples’ Democratic Party PDP did just a few years ago.

The fact is that what Nigerians are going through at best is no different from the typical episodic irritation of a political system in which groups that seem to have been outsmarted bandy together. It is not about Nigeria – its future, progress and prosperity, its evolution and integration, it is about ‘them’.

Leadership and followership is in a state of higgledy-piggledy. Despite our acclaimed intellectual prowess, we are largely politically ‘miseducated’, and majorly functional illiterates. We still are naive, it might sound hard and derogatory, but we are equally cowards that are quick to celebrate a bunch of self serving, self interest and petty interest infested persons. Political schemes and permutations are largely regional, religious and ethno-geographical. We engage in two psychoses: first is the self-destruct-we-are-not-meant-to-live-together, and we-have-too-many-problems myth and on the other hand, the fallacy of ‘god’ will come down and solve it all, because it is Nigeria.

With over a decade already gone in our democratic trek, it is sad that we have parties that do not have a defining process, they have not been able to identify the needs and concerns of the people by interacting with the public at different levels of society, address these needs and concerns through the formulation of policies and thirdly execute their policies to the public.

Our leaders—so called, are newspaper tigers, press conference lions; all the policies, achievements and troubles are only seen on the pages of newspapers. Everything in Nigeria at the moment is only on the newspapers, the ruling party has achieved a lot in the three tiers of government through the papers, propaganda and we have a federal system of governance only on paper; yet cry restructure. The opposition does not proffer solutions, nor does it cooperatively compete/competitively co-operate but take the other half of the hall to address the press and criticize.

A political party ordinarily has three persons called voice, choice and continuity. The voice is the capability of parties to provide a voice for different elements of society, and provide a safe means of competing with other parties without threats of violence.

There is nothing wrong with proliferation of political parties, mega parties and opposition but then in line with the personae called choice, political parties should offer a wide variety of voices to allow citizens to interact among different ideas of governance. These parties should differ in how they think government should work and what it should provide to its citizens.

One strong characteristics of true democracy is that it offers at least two or more strong political parties/ideologies which offer voters a real choice in government. Our case is that of political parties of two sides of the same coin; nothing is really different in terms of spending value. This is where we get it wrong; all the present political gladiators are offering the same goods, same price and conditions, so they necessarily would be no different from the party they are seeking to replace. Trading is at the same rate, same old faces, and same ideologies when any is available.

Finally continuity is it, political parties are more effective when they are founded on a set of ideas for governance; this is so because IDEAS LIVE LONGER THAN PEOPLE. If a political party has a strong grounding in ideology, it can keep its members and supporters and provide leadership to the governed even if the leadership changes. This is exactly what is lacking in the political party structure in our nation.

So let me tell you about the movie Sarakick. A young boy between 10 and 15years with a few of his friends were growing up around 1979 and 1981 watching defections, decampment and cross carpeting. In 2018 this boy Sarakick is at the head with his horsemen and women orchestrating the same episode. Today kids are watching same movie that we are hailing. What future are we creating?.

Continue Reading
You may also like...
Related Topics:movie, nollywood, saraki

How Nigerians Are Causing Systemic Destruction Of Nigeria
Treachery Begets Treachery: How Saraki’s History Of Deviousness Ended His Political Romance With APC