Over 10 African immigrants were recently caught by Spanish border patrol team while trying to jump a fence between Spain and Morocco.

The desperate immigrants got injured by the fence wire as they clung to the fence for over seven hours trying to gain access to Spain.

Spanish border agents tried to convince them to surrender but they hung up there shouting slogans and calling for help to enter Spain.

After the standoff that lasted for over 7 hours, border patrol police managed to coax most of the immigrants down from the fence, gave them water and turned them over to Moroccan police. 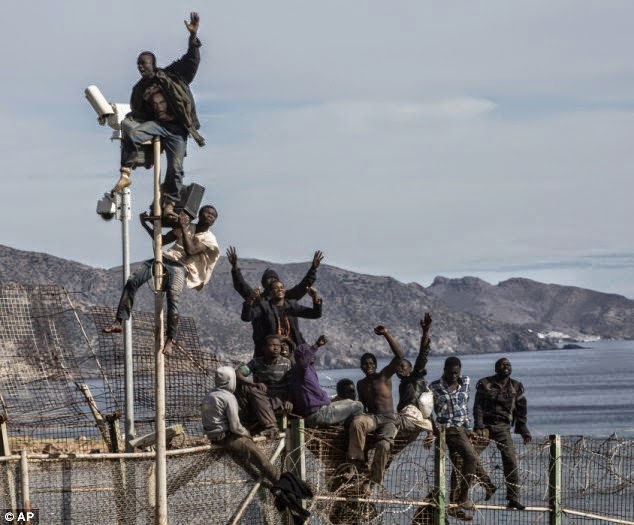 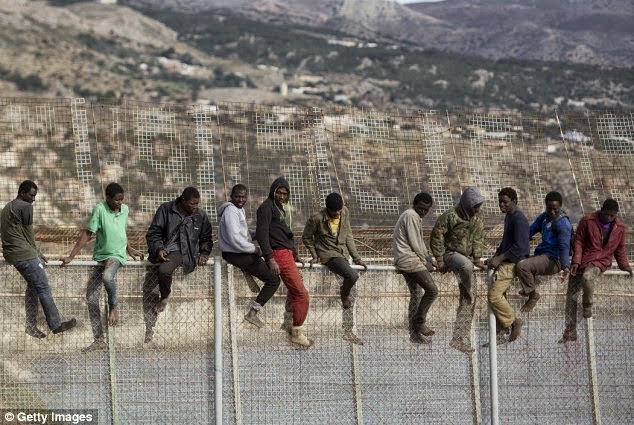 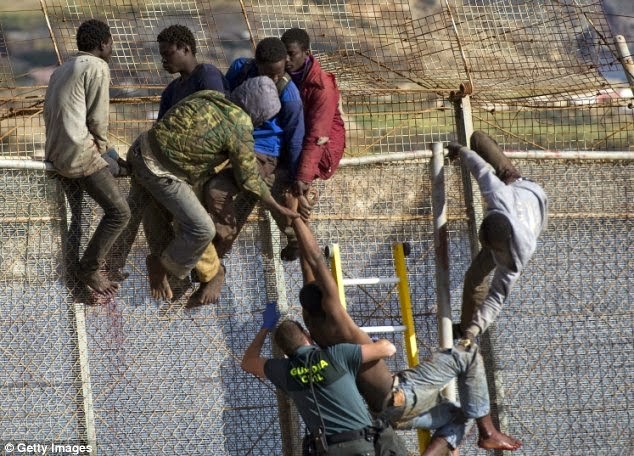 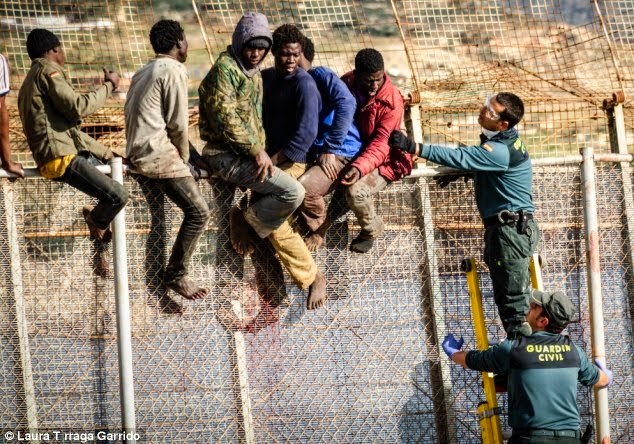 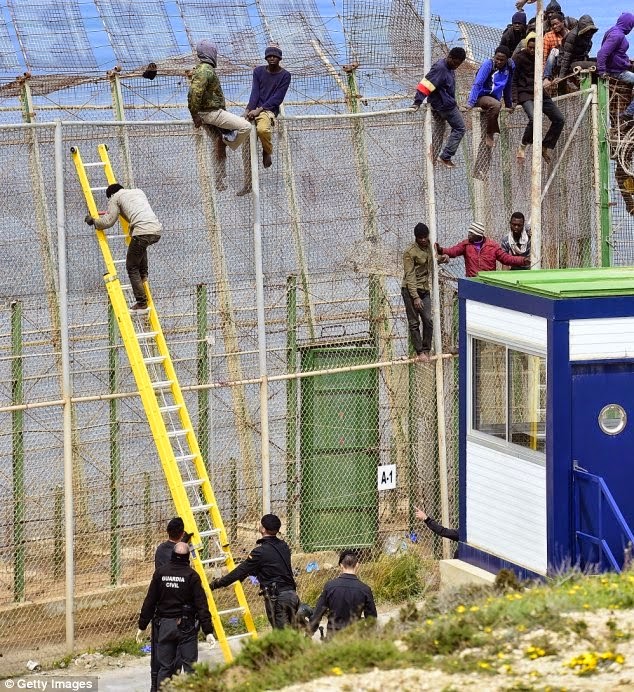 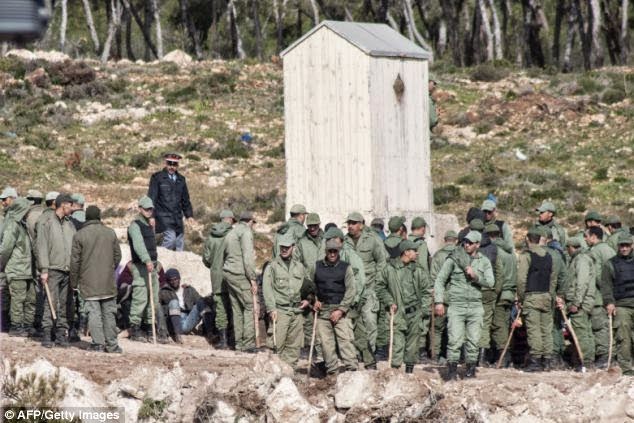 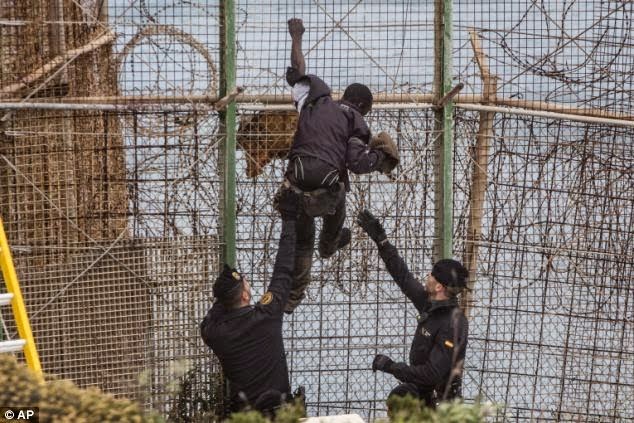 In the hope of getting a better life, many Africans have perished in the sea.

God please rescue Africa…See what suffering has turned many to.