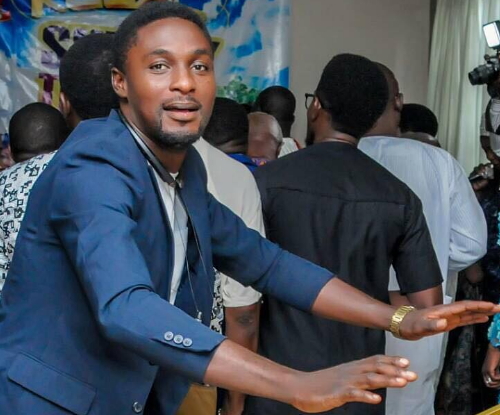 See the mini drama that happened between a fan and Niyi Johnson today on IG. 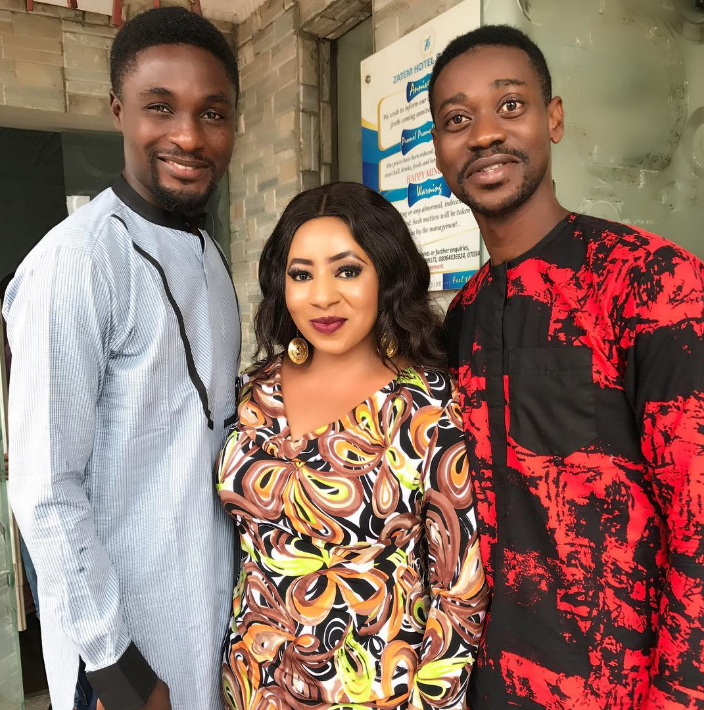 It all started when Mide Martins uploaded a photo of herself and two other actors on the set of an upcoming movie and captioned it;

One of Mide Martins fans who love the photo thanked Niyi for leaving his ex wife, Toyin Aimakhu.

Moments later, the actor clapped back at the commentator with this epic reply:

See commendations Niyi got for the instant clap-back.

Is Niyi trying to woo back his ex-wife or what??? If na before Toyin Aimakhu became a multi millionaire, he would have kept quite or even reward the fan with a virtual bottle of Heineken.