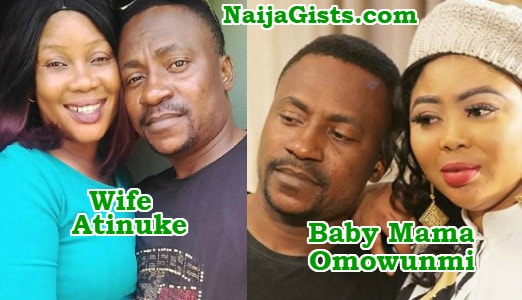 Meet the two women competing for the attention of Nollywood filmmaker Segun Ogungbe.

His mentee, Omowunmi Ajiboye who got belle for him years ago has apologised to his wife, Atinuke Ogungbe.

Ajiboye who is now doing well in her acting career is the mother of Ogungbe’s 3 year old son while Atinuke is his official wife and the mother of his two other children.

The actor who was at the verge of marrying Ajiboye in 2015 when she delivered  his son reportedly cancelled his plan and apologised to his wife for impregnating Ajiboye who was his friend’s bestie.

For now, the two women see each other as Senior and Junior wife of the actor but only one is legally married to him.