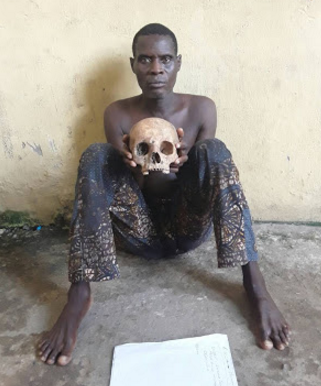 45-year-old Lucien Tosume, a notorious body part seller in Iraye village, Sagamu LGA of Ogun state has been arrested after he mistakenly sold human skull to an undercover police officer for N81,000.

According to Lagos Police Spokesperson, Famous Cole, the suspect who specialises is selling human skulls to ritualists was arrested immediately the undercover security operative paid him N81,000 for the human skull pictured above.

Tosume who hails from Benin Republic told police he sells fresh human skull for up to N1million.

His case has been transferred to Panti for criminal investigation. 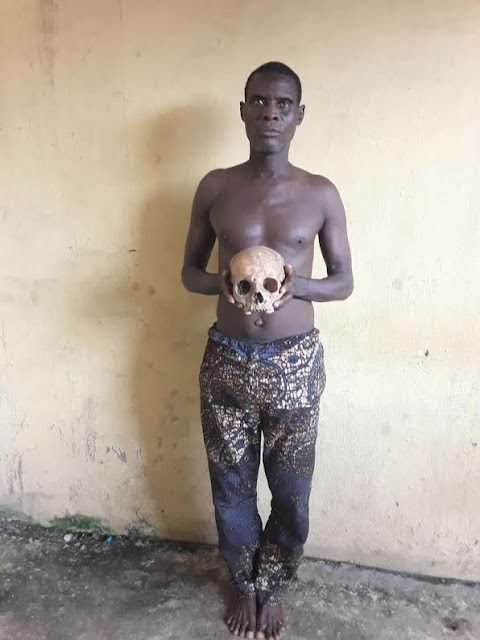 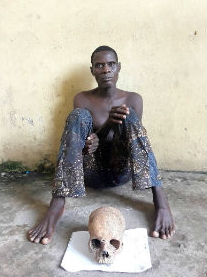