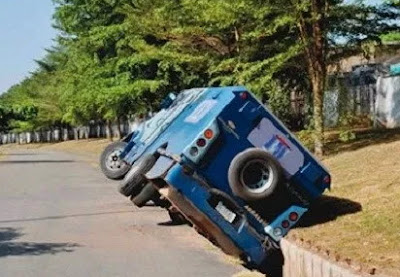 A fatal accident involving a bullion van and a truck carrying soft drinks claimed the lives of two people today.

The crash which happened around 5:30pm along the popular Polo Gada Biyu route caused an unusual traffic as motorists and pedestrians fled after the arrival of strange looking security officers to guard the van.

3 persons who sustained serious injuries at the crash scene had been taken to the hospital.