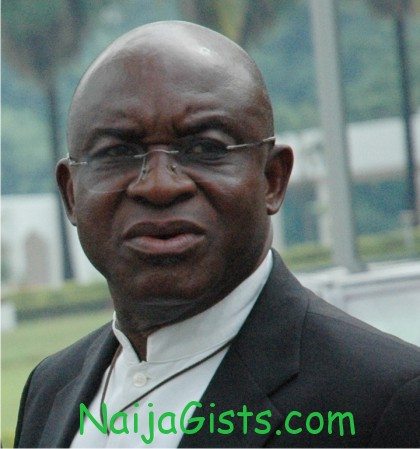 Senator David Mark, the Senate President of Nigeria on Tuesday called on our previous colonial masters, Britain to come to our rescue over the current security challenge facing the nation. naijagists.com

In his address, he called on Britain to deploy her expertise to assist Nigeria out of her current terrorism battle with Boko Haram terrorist sect.

Here is what he said while speaking with Simon Fraser, the UK Head of Diplomatic Service

“Nigeria and Britain have a long history of bilateral relations. Britain must not only show interest but continue to support and strengthen democracy and its institution in Nigeria”.

Earlier, the leader of the delegation, Simon Fraser said they were in Nigeria to further strengthen bilateral relationship between Nigeria and United Kingdom, promising that his country was prepared to cooperate in the area of security, as well as improve economic ties.

Fraser besides being the head of Britain diplomatic service, is also Senior Foreign Policy Adviser to the Foreign Secretary and responsible for the management of the foreign and commonwealth office in London, other Embassies and High Commission around the world for Britain.