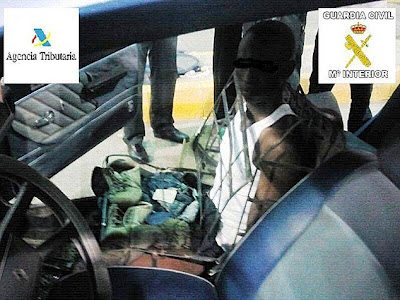 A 20-year old man from Guinea was caught on Friday trying to sneak into Spain while pretending to be a car seat. naijagists.com

According to daily mail report, the man was found hiding inside a Renault 7’s passenger seat, with the co-driver sat on top of him.

The vigilant Police officer who caught him described his attempt to pass undetected as ‘unique and innovative’.

His accomplice, 2 Moroccans aged 21 & 23 were also arrested for trying to smuggle him.

Wow!!! the height of desperation.