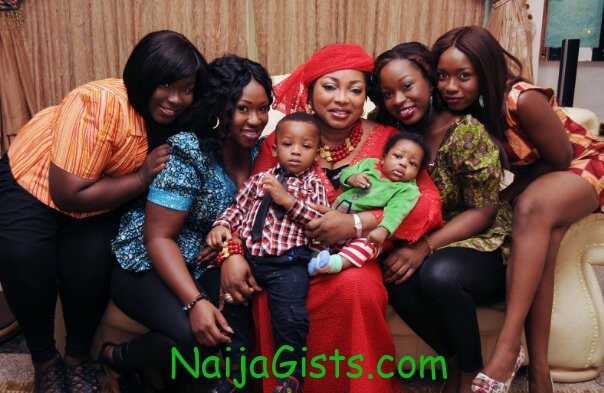 This story is perhaps what many will liken to the popular soap opera “The Rich also Cry”.That Senator Folashade Bent is happy with the lifestyle of her two daughters may also be likened to saying ‘the Pope enjoys brandy’. The first blow was registered by the first daughter of the senator who was identified as Rikky. While she was sent abroad for studies, she allegedly did not complete her studies when she became pregnant for her lover boy. There and then, she relocated to Nigeria and continued to enjoy a super rich lifestyle in Abuja with hordes of her silverspoon kids as friends. At NICON Hilton hotel and other five stars hangouts in the city, Rikky is alleged to be a regular big spender. While the monies continue to rake in, her younger sister, Jackie was to enter her final year in the university in England when she was also impregnated.

The news, according to sources sent jitters down the spine of the amiable senator. She (Jackie) equally relocated to Nigeria with the baby and a nanny was promptly hired for her, so that she can go back to school and finish her degree. If information made available to News of the People can be relied upon, Jackie is likely to graduate this summer.

Meanwhile, Jemeyah Jackson Bent who is the last kid of the senator, is said to be the succour of the mother, possibly doing her proud with his studies. When Senator Bent was contacted, she replied through a short message service, saying “my daughter (Jackie) has never dropped out off school, she is in her final year and graduating in July. It is laughable that such a malicious story could be peddled against an innocent and focused young daughter of mine, who is poised to succeed in life. What an inglorious way of ruining good characters.

Thanks for at least cross-checking from me as the mother, best regards:…Sen. Grace Bent, CON” concluded in the SMS.(News of the people)