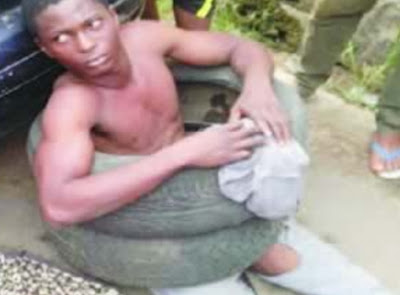 A serial thief simply identified as Victor escaped death by a whisker after carrying out a burglary attack in a compound in Ajao Estate yesterday.

Victor who thought the occupants of the house had left for work was spotted by a vigilant neighbour.

He was caught and beaten to stupor but as the security men guarding the street were about dousing him with petrol, residents quickly intervened.

The suspect confessed that the last attempt was the third time he will burgle the same compound within a year.

Victor who was recently released from jail is currently being detained at Ajao Estate Police station.