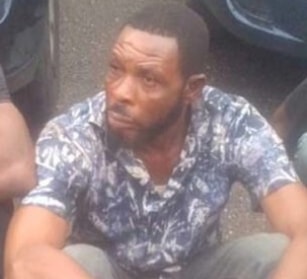 Police in Ondo have arrested a serial robber who specializes in stealing luxury cars.

Parading the suspect, Olayemi Adeoye, at the police headquarters in Akure yesterday, spokesman Femi Joseph said nemesis caught up with him when he attempted to steal a Toyota Corolla car registered as SS719 AAA, belonging to Mr. Olanipekun of Oba Estate, Akure.

Paraded with him is his accomplice, Waheed Anifowose, a vulcaniser, who brings people to buy the stolen cars.

The suspect said he was a welder, but derived joy in stealing cars, especially CVR cars with master keys.

Joseph said the suspect was arrested and released on June 15, before he was re- arrested.

He said in the last two years, he had been involved in stealing 32 cars, adding: “The shocking aspect is that he always gets out of the case and finds his way back to the society to commit more crimes.”

The spokesman said the police will ensure the suspect is punished this time.

He said investigations are on to recover the vehicles he and his accomplices have stolen, adding that the master keys have been recovered.

“Three cars and two CRV sport utility vehicles have been recovered from the suspect,” Joseph said.