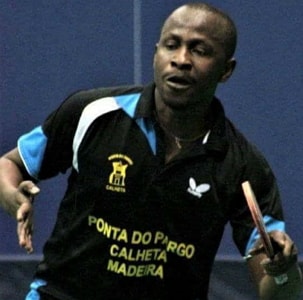 The Italy based Tennis superstar who was crowned men’s singles champion at the just concluded Aso Championships in Abuja gave up the ghost at a private clinic in Lagos this morning.

According to family sources, Seun reportedly fell and hit his end on the concrete floor at his home in Lagos during his annual holiday time in Nigeria.

He was rushed to a private clinic where he passed on early this morning.

Mr Ajetunmobi who died aged 33 is survived by a wife and 3 children.

Where Is Genevieve Nnaji Right Now?
Ghana Slams Jonathan For Mocking Nigeria In Attempt To Cause Tension Between Buhari & Akuffo Addo