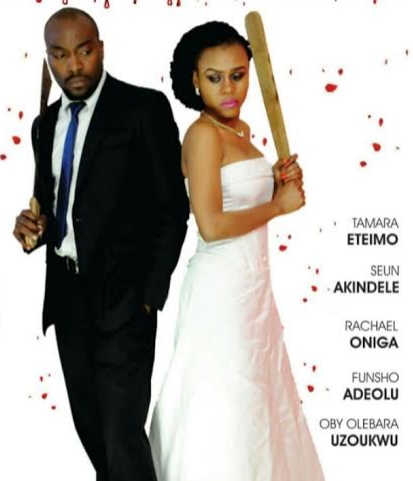 Nollywood actress, Tamara Eteimo, is set to premiere her third movie as a producer, in which she ties the knot with one of Nollywood’s finest, Seun Akindele. She co-produced the movie (titled UNBLISSFUL) with Oby Olebara Uzoukwu. The movie was directed by fast-rising Nollywood director, Ike Nnaebue. The romantic comedy unveils the lives of a frustrated artist turned insurance marketer, Raymond Abasi (Seun Akindele), and that of a beautiful but out of job freelance journalist, Jeffa Adolo (Tamara Eteimo), who are trying to put an end to a pitiful phase of their lives. The movie features veteran actors like Rachael Oniga and Funso Adeolu. It is also the debut film for winners of The Next Movie Star (NMS) reality show, Ron Maxwell Solomon and Oby Olebara Uzoukwu.

UNBLISSFUL comes from the stables of Nollywood Reloaded (Nollywood R) and it was shot on location in Lagos. Nollywood R is a production company that is set to take the Nigerian entertainment industry by storm. It is one of the leading production companies in Africa, producing at least 25 movies a year, and premiering 2 every month. 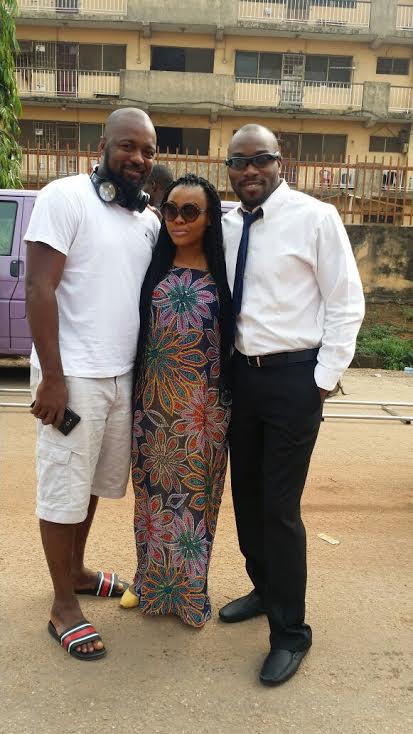 The Nollywood R team is spearheaded by one of Africa’s greatest content providers, Sola Fajobi, whose slogan is, “Ideas rule the world.” Sola Fajobi is the CEO of Digital Interactive Media – a passion-driven media house that has produced The Next Movie Star reality show, Super Mom reality show, Excite on TV , D8, V Channel, Oodua, Groove on TV, and Wow Kids, to name a few. He has not only made the content market competitive but has also impacted positively in the lives of great and successful actors and entertainers in the industry, through The Next Movie Star reality TV show. Some of these actors are Tonto dikeh, Uti Nwachukwu, Lydia Forson, Tamara Eteimo, and Karen Igho, to name a few.

Tamara Eteimo who won NMS 2011 has not only graced the screen with her talent as an actor, but has also produced Somewhere Down the Line, which was her first movie as a producer. Somewhere Down The Line was succesfully premiered on 29th, June 2014, and it was sponsored by one of the leading manufacturers of consumer products, Procter and Gamble. More brands have partnered with Tamara for her third production, UNBLISSFUL, which premieres at Silverbird Cinemas, Ikeja City Mall, on Friday, August 7th, 2015. Red carpet starts at 6pm, while the movie screening starts at 7:30pm.