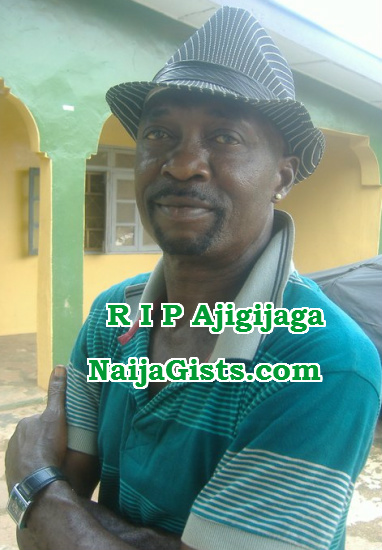 The Nollywood Yoruba movie industry has been thrown into mourning following the death of a popular actor in Lagos.

This afternoon, his eldest son put a call through to his father’s colleagues to break the sad news.

Mr Balogun said he called the deceased last week to ask why he was unable to attend their monthly meeting and he told him that he sustained an injury in a bike accident two weeks ago.

Sources in the thriving movie industry said the actor died of improperly treated wounds from the motorcycle accident this afternoon at his home in Oko Oba area of Agege.

Ajigijaga who died at age 56 today is survived by two wives and 9 children.

Two weeks ago, July 15 precisely, he celebrated his 56th birthday.

Hear what his teeming fans are saying:

As at this afternoon when NaijaGists.com sources visited his residence, his lifeless body was seen on the mat where he died. 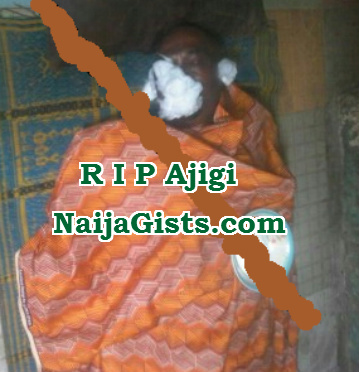 He will be buried in accordance to Islamic rites this afternoon.