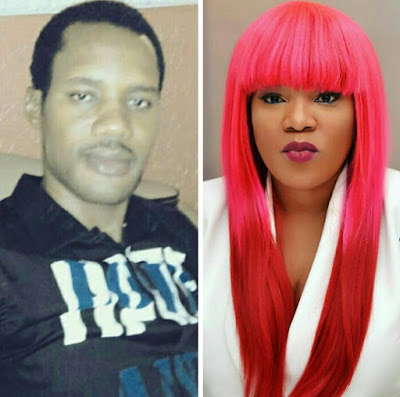 May 17, 2016 – Seun Egbegbe Arrested By Police After Toyin Aimakhu’s Lawyer Reported His Threats To CP (Commissioner Of Police) Fatai Owoseni

Less than a month after he threatened to end Toyin Aimakhu’s career, Ebony film boss Seun Egbegbe has landed in trouble.

The Ebony film boss was invited and later arrested for refusing to honour police invitation.

To cut the long story short, he was forced to apologise openly to Toyin Aimakhu and was warned to stop disturbing Toyin.

He was later released on bail after signing an undertaking.

As part of the peace agreement, he is to report biweekly to the Commissioner of Police office in Ikeja and subsequently placed under surveillance.

Toyin Aimakhu who recently returned to the country is now a free woman.

This explains why he briefly apologised to Toyin Aimakhu on IG yesterday...See the report here.