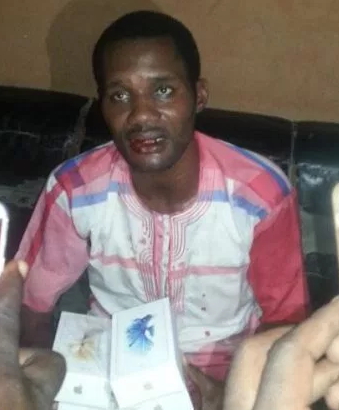 As at yesterday Wednesday the 23rd of November 2016 around 3:30pm, Lagos State Police Commissioner Owoseni was said to have visited the Station where Egbegbe was being detained and interrogated him.

Here is what a police source said yesterday:

Egbegbe’s problem started at the Computer Village on Tuesday after he was accused of stealing 9 iPhones from a shop.

As at last night, Egbegbe was seen looking stressed out in an open cell in the Area F Police station in Ikeja.

Mrs Dolapo Badmos promises to update the public on the outcome of the investigation today Thursday the 24th of November 2016.