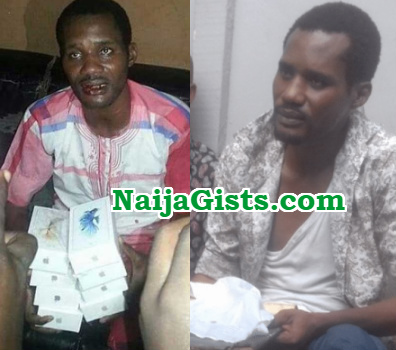 Troubled filmmaker Seun Egbegbe was not in court yesterday for the hearing of his iPhone theft case in order to have time to fully prepare to answer questions regarding his new criminal case, said a police source.

The movie marketer who was alleged to have stolen several iPhones at the computer village in Ikeja last year got himself into another mess when he attempted to dupe some Forex operators at Gbagada General Hospital last week.

A police source said Seun Egbegbe couldn’t make it to court yesterday because he has another case at the court in Ogudu tomorrow Friday the 10th of February 2017.

The source said his iPhone trial has been postponed to April 12, 2017.

He is currently being held at Ogudu Police Station.

Most Nigerians believe his case is spiritual.

A source on the social media said people of the dark world might have cast a spell on him.