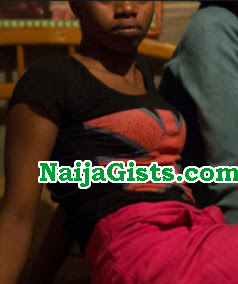 A commercial sex worker accused of selling her daughter on the 30th of September in Badagry Lagos has been dragged to court.

37-year-old Grace Aghomi was charged today for selling her child, Endurance to a woman.

An Ebute Meta Chief Magistrate Abimbola Awogboro granted her bail of N50,000 with one surety in like sum.

The case will come up for further hearing on the 21st of November 2016.