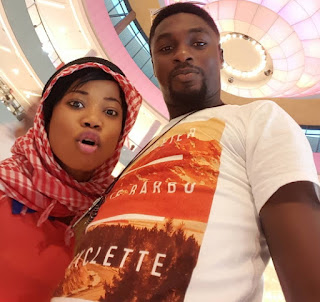 Saturday May 28, 2016 – Seyi Edun Floors Toyin Aimakhu Ex-Husband “Niyi Johnson Is Not My Type Of Man”

Even as their romantic pictures surfaced on the net, Seyi has dismissed the viral dating rumour saying she is in a serious relationship with another man.

Hear what she told Saturday Beats:

“My man understands me and the kind of job I do; I manage my relationship well. I cook for him. My boyfriend is not in the entertainment industry. There is no iota of truth in the rumour that I am dating Niyi Johnson. We used to be very close and we have done some jobs together. He featured in my last movie; we have a working relationship. There is no love affair between us. 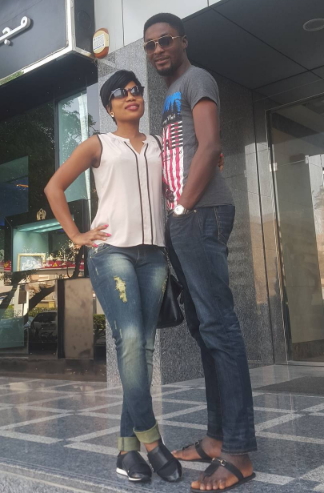 “I don’t know where the rumour emanated from. We travelled together to Dubai but we were not alone. We were about six actors that embarked on that trip. Another member of the group travelled with us and Niyi was the director of the person’s movie while I directed another movie.

“We were just playing on set and we asked the question if a woman could propose to a man. I was planning to do a similar story around that topic, so we took a picture of him proposing to me to see people’s reaction and just to sample people’s opinion. That was what brought about the proposal picture. We took another picture together just to clear the air. Whenever we shoot in Lagos, we are always together because we are very close. There is no love affair between us. My man knows me so he does not feel bad when he reads such, besides he knows Niyi. We laugh together whenever he sees such stories and we have been in a relationship for a very long time. He is used to things like that. Most times I am always with him and we just laugh about it.”