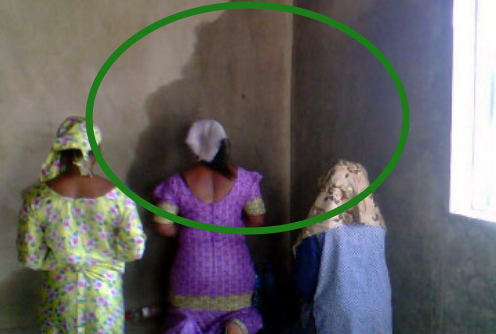 A church in Ikorodu Lagos turned into tourist hot spot yesterday when what people tagged the shadow of Jesus Christ appeared on the wall.

The church located at Ogunse Estate in Ikorodu became a Mecca of sort as people from far and wide came to behold the miracle of nature.

According to Vanguard Newspaper, the image was first spotted by a technician who screamed and abandoned his work.

He later called the attention of residents of Sagamu Road in Ogunse Estate to the scene which has been attracting huge crowd since then.

Many said the shadow above is that of Jesus on the cross while other said the man in the shadow was meditating.

The exact location where the shadow was spotted is Holy Ghost Fire Apostolic Church in Ikorodu located on Sagamu Road.

See more photos witnesses shared on the social media below 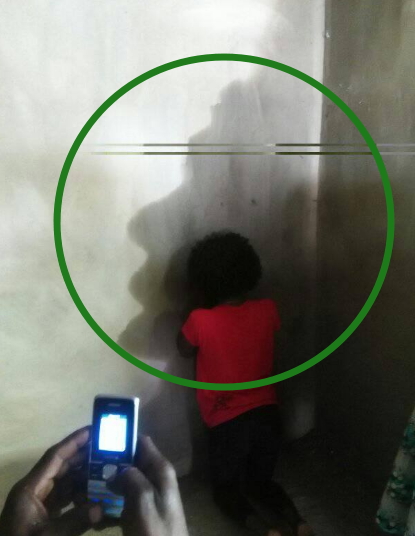 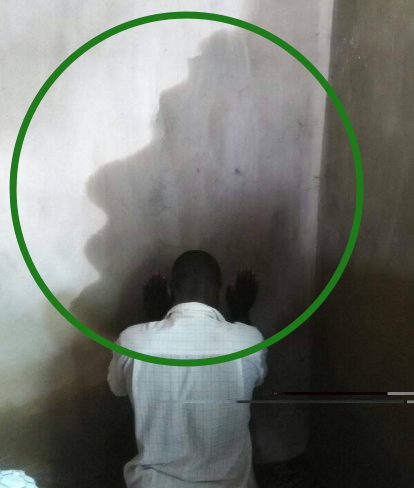 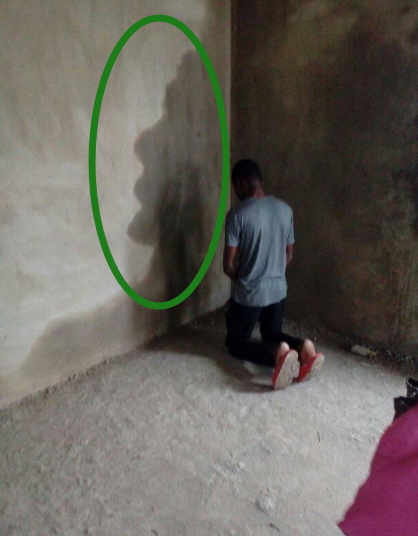 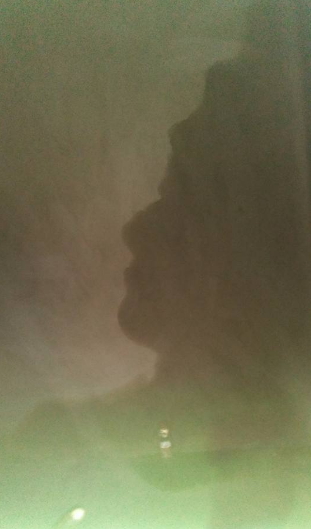 Believers must keep in mind that this is likely a hoax set up by the founder of the church to attract crowd of worshipers.

Please be careful about those distorting the truth with staged miracles.

If you take a closer look at these images, you will notice it was staged.