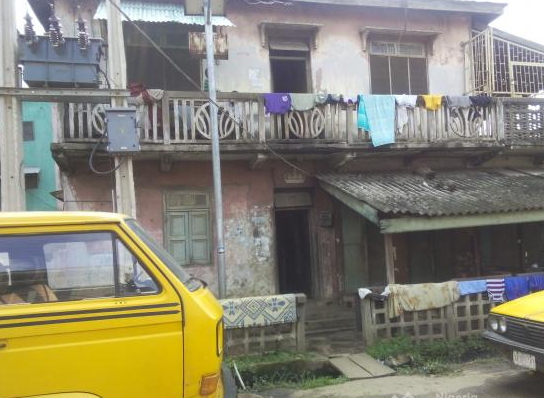 Uche Chukwuka, a man who allegedly battered his wife and threw her down a two storey building appeared before a Yaba Chief Magistrates’ Court in Lagos on Wednesday.

The 35-year-old resident of No. 22 Railway Line in Idi-Oro, Mushin, Lagos, is standing trial on a two-count charge, bordering on assault.

Chukwuka, however, pleaded not guilty to the charge preferred against him.

The Prosecutor, Insp. Godwin Oriabure, told court that the offence was committed on June 20 at about 7:30 p.m. at the residence of the accused.

He explained that the accused committed the offence, following a heated argument with his wife that led to a fight.

“The accused beat up his wife and pushed her from a two storey building which caused her grievous body harm,” Oriabure stated.

The Magistrate, Mr O.S. Aka-Bashorun, granted bail to Chukwuka in the sum of N500, 000 with two sureties in like sum.

He said that one of the sureties must be a community leader or Eze Ndigbo, whose name must be in the gazette of the Lagos State Government.

He adjourned the case until Aug. 8 for substantive trial.