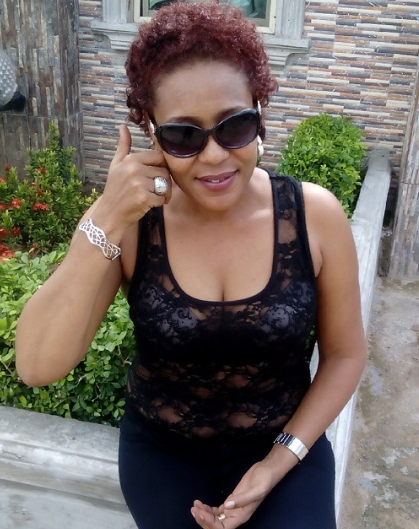 July 7, 2016 – Shan George Revealed What Crashed Her First & Second Marriages, Says White British Father Died In Enugu When She Was 5

My name is Shan George. I am from Ediba in Abi LGA of Cross River State. I went to primary and secondary schools in my village, Ediba, and I read Mass Communication in the University of Lagos.

Growing up in the village was just a normal experience except that the environment is not in a city. Of course we didn’t have cars everywhere.

No road for cars, you know we were farmers and fishermen because we live by the river bank and it was a lot of fun, ‘at least I get plenty village sense’. 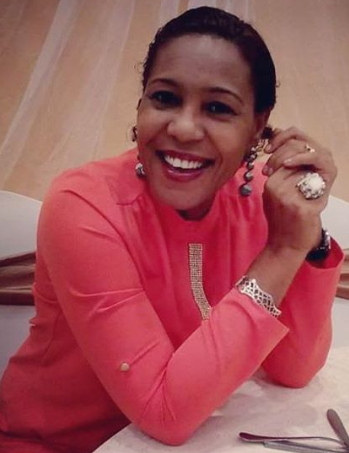 My mum was a nurse then and my dad worked with a company in Enugu. My dad died when I was five and so my mum practically brought me up all by herself which also led to her not being married again after that and not having other kids and left me as an only child.

You were born a half caste, did that affect you and were you treated differently?

My dad is white British and yes in the village, I think I got beaten a lot of times because of envy from the girls.

They did a lot of ganging up and my hair really suffered because people pulled my hair a lot. I had this long hair and anyone who looked for my trouble just came pulling my hair and they called me ‘shine’

, I mean my name is ‘Shan’, but because I am very light skinned and somehow different, they mistook my name for Shine. And I think I got some favours too because my head master protected me a lot because I was very fragile.

How did you end up in Nollywood?

When I left the village, I came to Lagos. After some time, I decided to go back to school and in the bid to pay my way through school, I needed a job.

I didn’t quite find one until I got my admission letter to the University of Lagos and then the urgency was more but God intervened and I met Blessing Iremi, who is now Mrs. Blessing Stephens.

She is the one that took me to Emeka and Jenifer Osai; then they were going to do a movie titled ‘Thorns of Rose’, that was my first movie. That’s the first movie I ever acted and when they saw me, they said,

‘This is the Joan we have been looking for’. I sort of fit into the role physically, so they auditioned me and I scaled through and they gave me the role.

I was paid N20,000 which, at that time, was the highest money I had ever seen and the school fees I was looking for as at that time was N14,000. So that was how this whole thing started.

That’s how I got into acting and was practically acting to pay my school fees.

It is actually 20 years now; 20 years next month to be exact.

That’s a big one. Are we doing anything special to celebrate?

I am premiering my latest movie that I produced titled, ‘One Good Man’. It will premiere on the July 31 in Abuja and at the same time, I’ll also cut a cake.

I haven’t told anyone yet; I am already doing the media promo for the premiere but I am not saying anything about my 20 years in Nollywood yet.

You were absent for a while in the industry and suddenly you’re telling us you are having a movie premiere. Why the gap in your career?

The gap actually started in 2011. I remember vividly because at that time, I was trying to edit my movie I did at that time titled ‘Finding Good Luck’ when my mum fell critically ill.

Being an only child, I had to abandon everything, the movie that I was editing to see to my mum’s health and hospital issues. My mum was bedridden for almost three years; that was from 2011 to almost 2014.

Towards the end, that was the early part of 2015, she started to get back on her feet and that was when I started working on shooting the movie ‘One Good Man’, which is the one I want to premiere now.

I practically had to leave Nollywood and my work to be by her bedside because being an only child, I believe this is the reason we have children so that when we are old and we are not capable of doing things, our children would be there.

I did not have the heart to leave her in the hands of others. I wanted to be the one to change and clean her by myself. I didn’t want anyone to mistreat her at all.

So how is she doing now?

She can walk with an aid and she can bathe herself and go to toilet. She can seat down and eat by herself; so now I can hire someone to look after her while I go back to work. 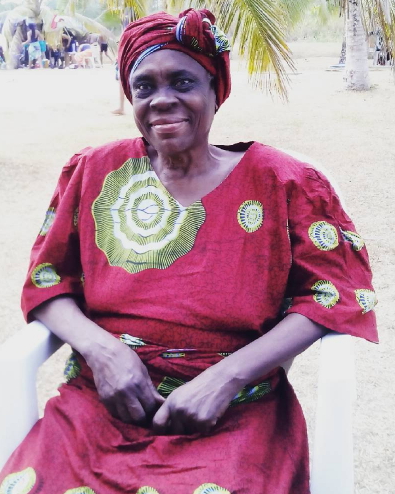 Because of her, I spend more of my time in Calabar as you know that’s where we come from.

You got married early, how was it like being a young bride?

It wasn’t very interesting, neither was it funny at all but you know years later, I wouldn’t say it was a bad thing because now I have grown up kids and I just look at them and you know it just makes up for all the odds and all the down sides of getting married so early when I didn’t know anything.

It was just a norm in my place; my mum wanted me to marry on time so I don’t get spoilt being an only child and daughter whose father had died a long time.

She was just trying to protect me. Years into the marriage, it didn’t quite work out that was when I left and started making arrangements to get back to school.

So would you like have a go at marriage again?

Definitely! I’m ready to marry 20 times until I find a man that would take all my rubbish and not mind because he really does love me.

From what has been reported in the media, you have been married more than three times. Can you confirm that?

I’ve been married twice. My children’s dad was my first marriage. The marriage didn’t work out; then I married again and this was a period of 10 years between my first marriage and my second marriage because let’s say by then I had grown.

I met this man in England when I went for Afro Hollywood award in 2002. We started dating and a couple of years later, we got married and it was the most turbulent time I could ever imagine.

Everybody had to just chill out for a while. So I left London and I came back to Nigeria to continue my work. With the distance, it was not too long before someone else was warming up my man.