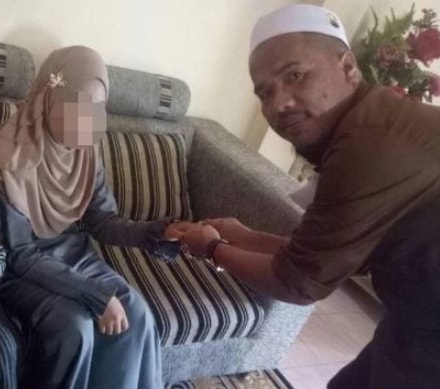 A 41-year-old Muslim man who already has two wives has been fined for marrying an underage girl without the permission of Sharia court.

Malaysia-based polygamist Che Abdul Karim Che Hamid married an 11-year-old girl without approval of the Sharia court or his two wives in June.

The marriage soon prompted an international fury with many Human Rights Organizations calling for his prosecution.

He was dragged to court where he was charged with solemnizing a marriage and polygamy without Sharia court’s permission. 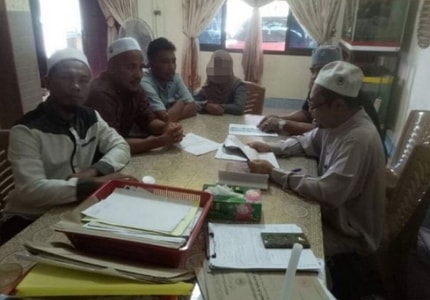 Che Abdul Karim pleaded guilty at the Gua Musang syariah court in north-western Malaysia and was fined 900 Malaysian ringgits (RN) or £170 for each charge.

The illegal marriage was carried out by an Imam in Sungai Golok last month.

Abdul was allowed to keep his bride but was ordered to pay a  fine of 900 Malaysian ringgits.

He promised not to touch his child bride until she is 16 year old.

An 11 year old  girl deserves to be loved and cared for and not to go through this horror.

This is the height of moral decadence and selfishness.