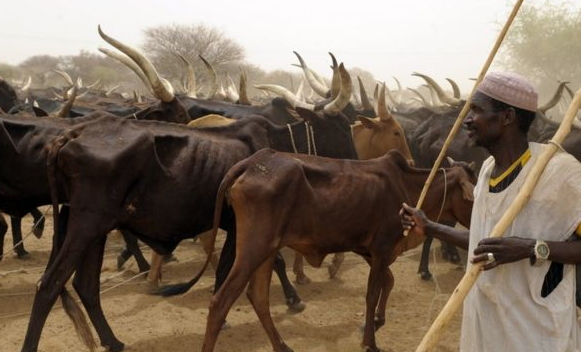 Police in Kebbi has arrested a 23-year-old herdsman, Umar Muhammad, for allegedly beheading his friend in a dispute over a missing cow.

Its spokesman, Mr Suleiman Mustapha, who confirmed the arrest, alleged that Umar killed his friend, 22-year-old Mustapha Muhammad, in an uncompleted building along Kalgo road in Kebbi.

“We have arrested the suspect; he is currently being investigated and will soon be charged to court,” he told NAN today.

A family source told NAN that the victim had invited the suspect, who was his friend, to help in the rearing of cows given to him by a relation.

“Mustapha wanted to concentrate on rearing goats given to him by the same man, and invited his friend, Umar, to tend the cows.

“Umar, however, sold one of the cows without the consent of his friend, which resulted into a hot argument between them last Thursday.

“After the quarrel, Mustapha threatened to report Umar to the owner of the cows because it was not the first time he (Umar) had sold out cows without the consent of the owner,” the source said.

The source further told NAN that the suspect, who was angry over Mustapha’s threat, trailed him to an uncompleted building along Kalgo road on Friday last week, and attacked him with an axe.

“`The suspect trailed Mustapha to the uncompleted where they usually relax, and cut off his head.

“Mustapha was attacked while resting beside the tree,” the source told NAN.

The source said that the suspect thereafter returned home that Friday, without his friend.

“When we asked him of his friend, he told us that he left him in the bush.

“We started searching through the bush until we found the decomposing body in the uncompleted building.

“At first, he denied being responsible, but he later confessed to the crime and took us to where he buried Mustapha’s head, three days after the murder took place,” the source said. (NAN)