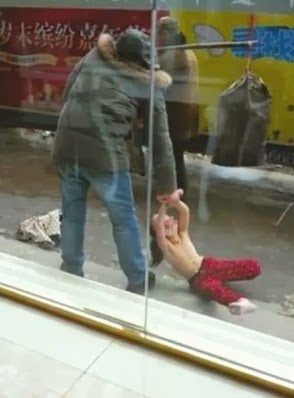 A Sichuan man has caused public outcry in China after photos of him violently stripping his young daughter and dragging her 100 metres down a street emerged online – but police at the scene did not consider this abuse.

The disturbing scenes were captured by a bystander who took the photos on a smart phone from within what could be a shop as the incident took place.

Weibo, the Chinese equivalent of Twitter with more than 300 million users, has gone into a frenzy over the images. 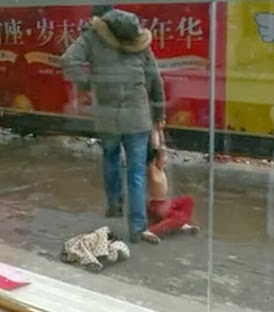 It was reported by Shanghaiist that the man in the images lost his patience after the little girl refused for hours to wear her jacket.

After loosing his temper, the man is pictured aggressively taking his daughter’s top and jacket off before dragging her violently by the wrisits about 100 metres down the road – and with each step of his rage unknowingly documented. 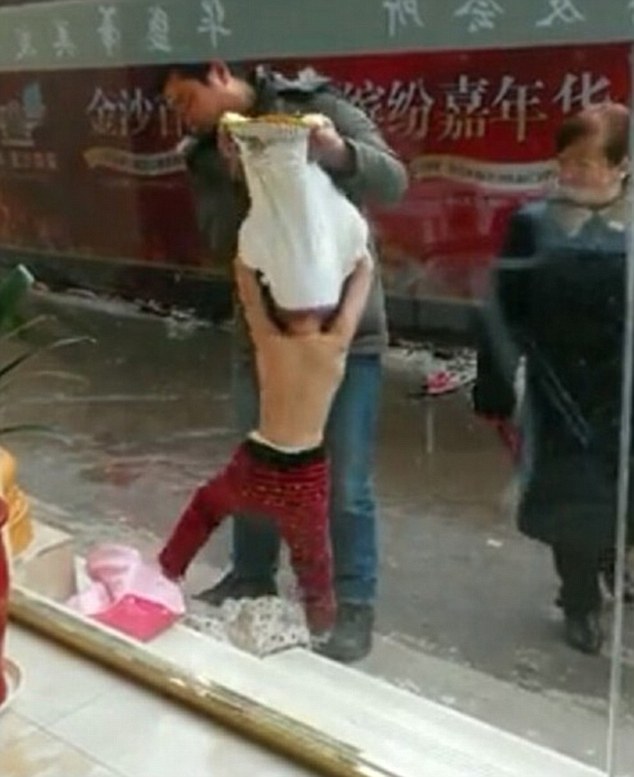 According to the neighbours, contrary to the images, the father has never laid a hand on his daughter and a spoils her by buying her everything she wants. There are unconfirmed reports he bought the her the jacket he later stripped off.

In the first photo, the man, dressed in jeans and winter jacket, sits his young daughter down on the side of the road and starts taking her top and jacket off in what is clearly chilly weather.

From here it appears he is losing his patience as he lifts his daughter to her feet. With the jacket covering her head and eyes, the young girl loses her footing and is unsteady on her feet as she dangles. Sadly a woman walking by watches on but does not intervene and continues walking off.

Once the little girl’s jacket is off, her upper body is naked and exposed in the cold weather. But unfortunately her father is far from finished and continues his abusive behavior by using one hand to grab the little girl forcefully by her wrists.

With worse scenes yet to come, the man used his force to latch onto his daughter and by doing so, the little girl is pulled backwards unsteadily onto her bottom towards him with one leg in the air.

Once he has a firm grip of her, the man starts dragging the distraught child into the middle of the road and down the street. With her hands pulled back above her head she is unable to free herself and has no choice but to be dragged on her bottom against her will as her feet dangle in front of her.

Shockingly, despite the lack of intervention from at least two people walking on the street, it is reported the police did not charge the man with child abuse.

Police briefly got involved in the case, but decided that the incident was not severe enough for child abuse charges as, according to them, there was not any “obvious beating or abuse”.