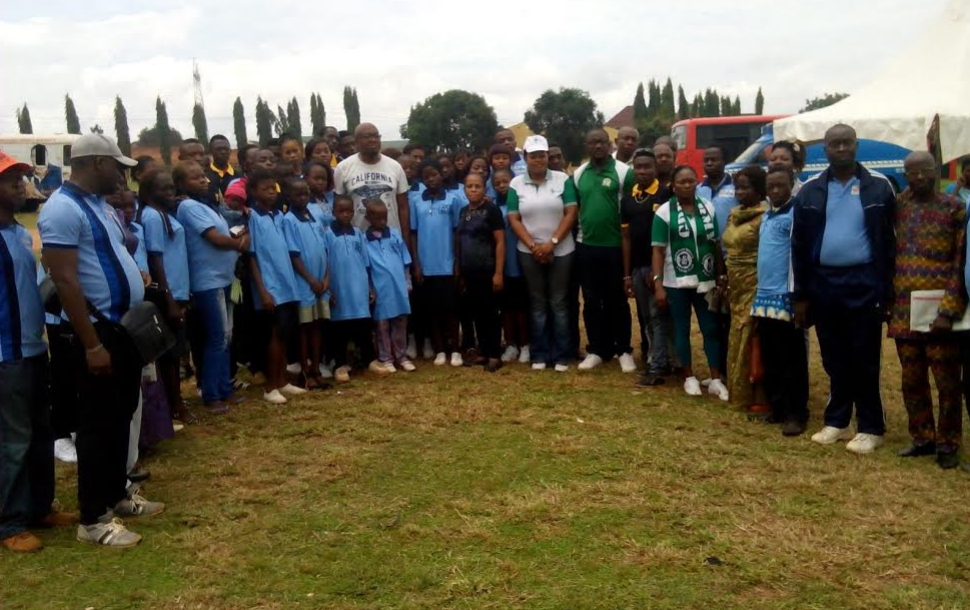 Not fewer than 50 sicklers in Anambra State under the aegis of Association of People Living With Sickle Cell Disorder (APLSCD) have marched in solidarity to condemn and disown one Mr. Mokebe, who allegedly operates two Non-Governmental Organisations (NGOs), Anambra State Sickle Cell Association, and Orient Sickle Cell over what they termed unlawful use of their names to extort money and other valuables from people.

The APLSCD members, who visited the offices of Anambra State Commissioner for Health, Dr. Joe Akabuike, Commissioner for Women Affairs and Social Development, as well as the Governor Obiano’s Senior Special Assistant on Security, Ostar Christopher this week, alleged that their investigation revealed that Mr. Mokebe uses over two illegal foundations and their names to solicit for funds from high profile individuals yet he had never accounted for any, and demanded for deregistration of all his NGOs and followed by prosecution.

According to them, among the individuals duped by the said Mokebe in connections with some top government functionaries and civil servants in Anambra State are the Bishops, Catholic and Anglican Dioceses of Awka; Mr. Godwin Ezeemo; Mrs Ego Uzozie; among other persons.

This is even as they claimed that the man always fabricate their signatories and names while submitting doctored proposals to all offices they had visited in pretence that he works in partnership with APLSCD.

With these alleged atrocities in connivance with one of their members whom MOKEBE sponsors as his inside informant miss Ogechukwu Nwafor, and the perm sec. Min of Health he claimed to work closely with.
They bemoaned that Mr. Mokebe dictates their movements round the state, and in response moves about to demand, collect and channel whooping unaccounted funds without presenting them with even a syringe yet he does the nefarious activities with their names

Speaking at the visit, the Coordinator, Aisha Edward recounted her encounter with Mokebe, even as she alleged that as soon as he heard that Governor Obiano had released N1million naira to them (although they are yet to receive the fund), he quickly organised a false programme at Amaku teaching Awka, deceived the commissioner to attend just to convince him to release the Governor’s donations to him, having discovered that she was hospitalized at St Victoria’s hospital as a result of bone pain crisis.

”Unfortunately, on getting to the ministry of health to collect the fund, Commissioner Akabuike turned him down… we  thanked the  commissioner for standing by us to protect our  INTERGRITY and SELF ESTEEM. This is the first time in the annals of history a medical doctor specialist in gynecology will fight to protect us, not even a hemathologist. Am overwhelmed with tears of joy seeing Dr Joe Akabuike turning into a lecturer within a shortest period of time only to make us feel the warmth of his love for us at that time we felt betrayed by some criminal syndicate working in cohort with  Mr MOKEBE
.
“Hon Akabuike guaranteed us so many welfare packages coming from this Obiano Government which include s NHIS Scheme and Latest repackaged primary health care, he reminded us that we are very special people to this government and will do all it takes to wipe our tears and build our confident  What a professional in politics! Amazed Aisha Exclaimed!”

The group, further accused the Awka man of tasking them N1500 every month, therefore asked the state government and the general public not to transact any business with the man, and pleaded with the law enforcement agents to investigate his activities and NGOs with a view to bringing him to book where necessary.

They equally alleged that their investigations revealed that the man sometimes distribute un-prescribed drugs to sickle cell patients in his foundation, claiming that it has led to death of many and renders others in hospital bed.
They equally pleaded with the church to stop giving them offering during their thanksgiving service because they are not there to beg for money but to show appreciation to God, Sensitize the Masses on the dangers of career marriages and its effect, and urged them to channel any help they map out for them through their Diocesan Bishops, while enjoining the government to Refurbish and standardize the General hospitals and Health centers hospitals to run sickle cell clinics to cater for their health needs since they are tired of the medical  blackmails of some of the private hospitals which only extort from them without adequate care, while they wish that the patients visit the hospitals regularly for their own financial advantage.

Speaking in his office, Commissioner for Health, Dr. Joe Akabuike, who ordered Mokebe out of office when he came to intervene and distract him during his discussion with sicklers, assured them that the government will only work with them having discovered that they fight genuine course for their members and against proliferation of sickle cell anaemia genes in the society unlike Mokebe.
On his part, Ostar Christopher, while visited, disclosed that his office will investigate the matter with a view to bring the ugly situation to a halt.

Also speaking, Rev. Fr Cosmos Ebebe, expressed shock at the level of wickedness and man inhumanity to the other especially these weak and vulnerable ones among us, saying that he was sure if the investigation is confirmed truly then the Church will do the right thing in guiding it’s members rightly information wise!

Meanwhile, Chief Nwaobualor has appealed to the Security Agencies to do the right thing in protecting these weaker natured citizens because it is their constitutional right to be protected from the danger and threat these individuals have posed to the society.

Photo: Teacher Arrested For Killing 3-Year-Old Girl In Lagos By Forcing Her To Seat On Hot Water
Julius Berger Endangers The Lives Of Nigerian Construction Workers In Ogbere Ogun State