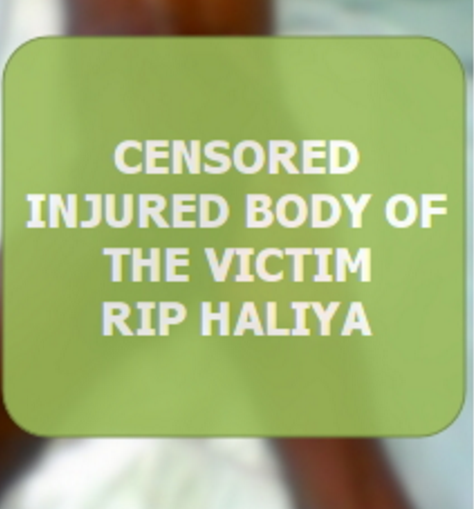 Dec 4, 2015 – Picture: Wicked Teacher Arrested For Killing 3-Year-Old Girl In Lagos By Forcing Her To Seat On Hot Water Container

A 3-year-old girl, Haliya Abolore, has died in the Gbagada area of Lagos State after she was allegedly made to sit on a hot water container by her class teacher, identified only as Maryam.

We learnt that Haliya, who attended a private school on Idoluwo Street, Dosunmu, Lagos Island, was allegedly made to sit on the container on Wednesday, October 21.

It was learnt that Haliya, who suffered burns in her buttocks and private parts, was thereafter rushed to the Lagos Island General Hospital for treatment.

The school proprietress, Mrs. Bose Shomoade, was also said to have been invited for questioning by the police, and made to pay parts of the treatment expenses.

Our correspondent gathered that Haliya, after two weeks, was moved to the Gbagada General Hospital, for further treatment. The girl, however, died on Tuesday.

Speaking with us, Haliya’s father, Abolore, said he took the incident as a mistake on the part of the teacher, who knew the container had hot water, and made his daughter to sit on it.

He added that the school brought an undisclosed sum of money for the girl’s treatment before she eventually died.

“The school teacher has been arrested and detained after the matter was reported at the Adeniji Adele division. The teacher was careless. He knew the container was used to keep hot water and she still sat her on it. All my daughter’s private parts were burnt. She was asked to sit on a container containing hot water.

“My wife is distraught. She has been taken to our family house in Kwara State. Haliya is our jewel. We are so sad to lose her.”

The Coordinator, Lagos State Domestic and Sexual Violence Response Team, Mrs. Lola Vivour Adeniyi, said they had written to the state Ministry of Education to investigate the school.

She said, “It is sad. The abuse of the three-year-old occurred when she suffered horrific burns. She was made to sit on a container of hot water in her school. We have just been informed that she died on Tuesday.

“Apparently, she stopped responding to treatment and the pain was too severe. We have also informed the Ministry of Education about the incident.”

A doctor in the hospital, who spoke on condition of anonymity, said, “The girl died due to complications from the burns.”

It was gathered that the matter was reported at the Adeniji Adele Police Division, while Maryam was arrested.

See photo of the victim at the hospital.. VIEWERS DISCRETION IS STRONGLY ADVISED 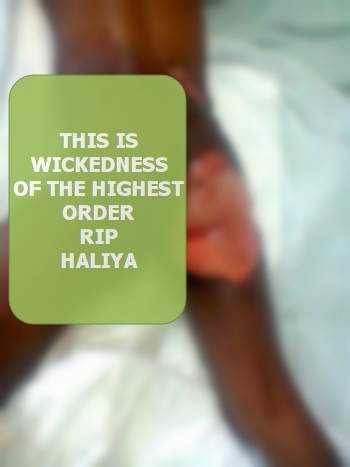