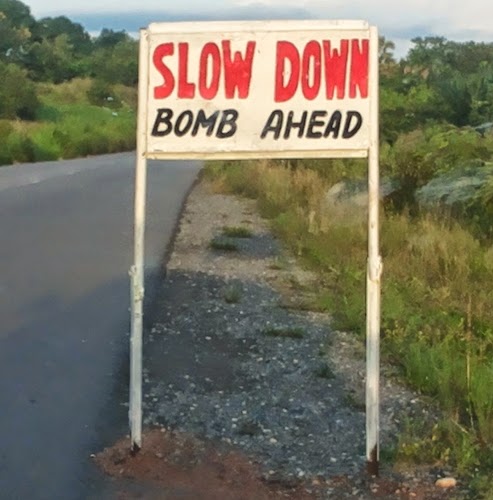 A fan named Tofunmi just sent us this weird signboard spotted in the rural area of Ogbomoso in Oyo state.

On spotting the threatening signboard, Tofunmi and her friend allegedly turned back in a bid to escape a bomb planted ahead…. While turning back, they met another driver and informed him of the danger ahead… It was the driver who informed them that the BOMB ‘s a spelling error…. It’s supposed to be BUMP.

Lo and behold as they bent the curve, the saw a big bump and not a bomb as indicated in the signboard.

This is what Boko Haram has turned our country to.